Newcastle fans react to the transfer interest in Almiron 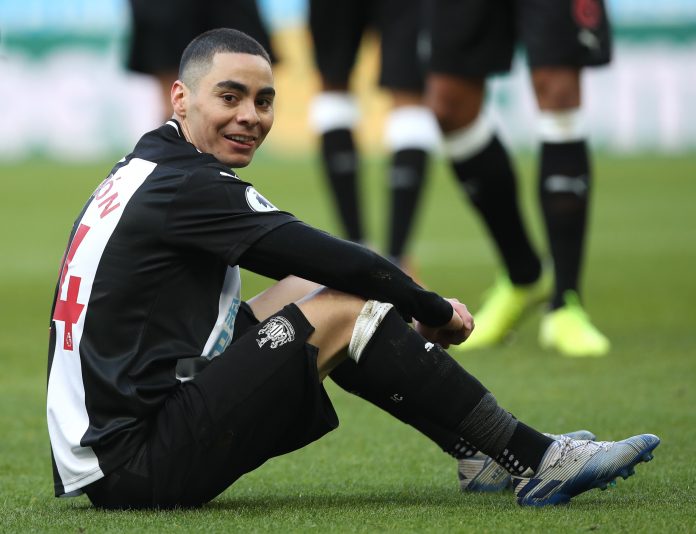 Newcastle United midfielder Miguel Almiron is a target for Arsenal and Inter Milan.

According to Luis Enrique Perez from Deporte Total, the two clubs are keen on the Paraguayan.

It will be interesting to see if they make a move for Almiron in the coming months. The 26-year-old has shown his quality in the recent weeks and it is no surprise that the top teams want to sign him.

Almiron has a lot of potential and he could do a lot better in a good team.

Newcastle will want to hold on to him and his suitors will have to pay big money if they really want to sign him this summer.

The Magpies are under no pressure to sell and Almiron is unlikely to force the move. He has only just started adapting to English football and he will want to prove himself in the Premier League.

Having said that, Arsenal and Inter Milan are top clubs who can tempt him.

Also, Mike Ashley might sanction a sale for the right price. The Newcastle owner isn’t exactly known for his ambition.

Some of the Newcastle fans seem worried and they have taken to Twitter to share their thoughts on the situation.

I mean it was only a matter of time. He’s far too good to be battling relegation

And Mike will sell if he gets enough profit. That’s all he cares about while he’s destroying OUR club! #AshleyOut #NUFC

If Songstaffs value for Man U was 50m, I expect at least a 75m+ price tag on Miggy.

Paid £21m. Club won’t sell for less that £36. A bidding war is just what the club wants

We know what Cashley will do here