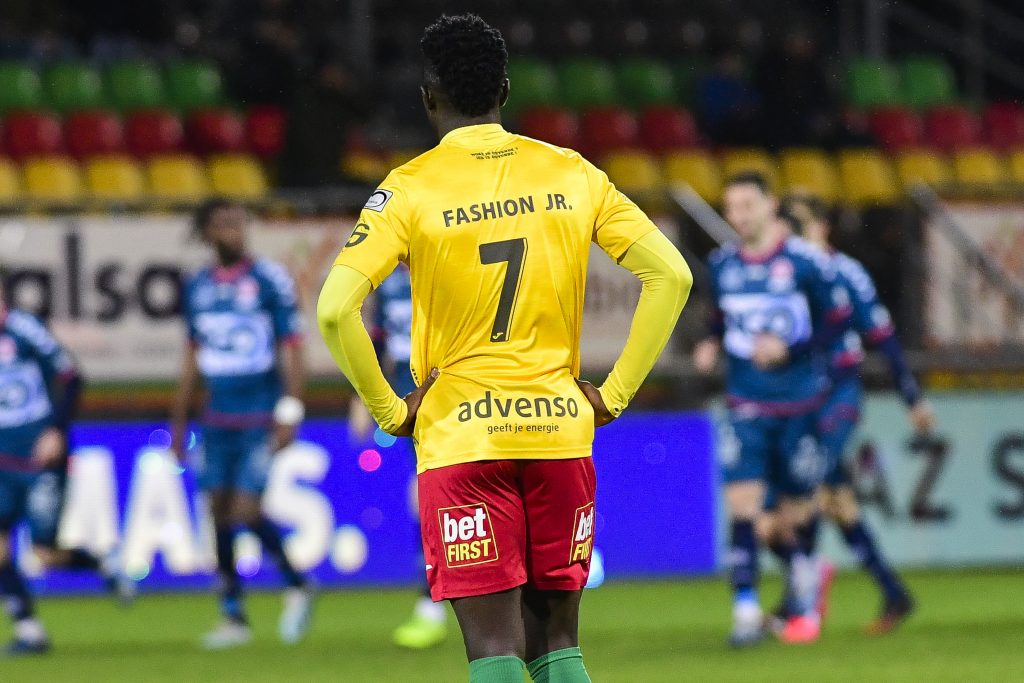 West Ham and Newcastle are thought to be keen on the KV Oostende striker Fashion Sakala.

Apparently, the 23-year-old agency is looking to bring the player to England or Spain and the two Premier League clubs have been linked with a move.

As per Sportscorna, the 8-goal striker is a target for Sevilla as well.

Sakala is largely unproven at the top level and West Ham/Newcastle’s interest in him is quite surprising.

Both teams need a striker but they should be aiming higher. Sakala is not better than what they currently have.

Newcastle need to bring in someone who is a proven goalscorer and can partner Joelinton in attack.

As for West Ham, they already have a quality striker in Haller and they should look to bring in a creative forward to help the former Bundesliga ace.

It will be interesting to see where Sakala ends up. He is quite young and there is no doubt that they could develop into a quality striker in future. However, a move to Newcastle or West Ham might not be suitable right now.

Both clubs need someone who will make an immediate impact and Sakala will need time to develop and adapt to English football.