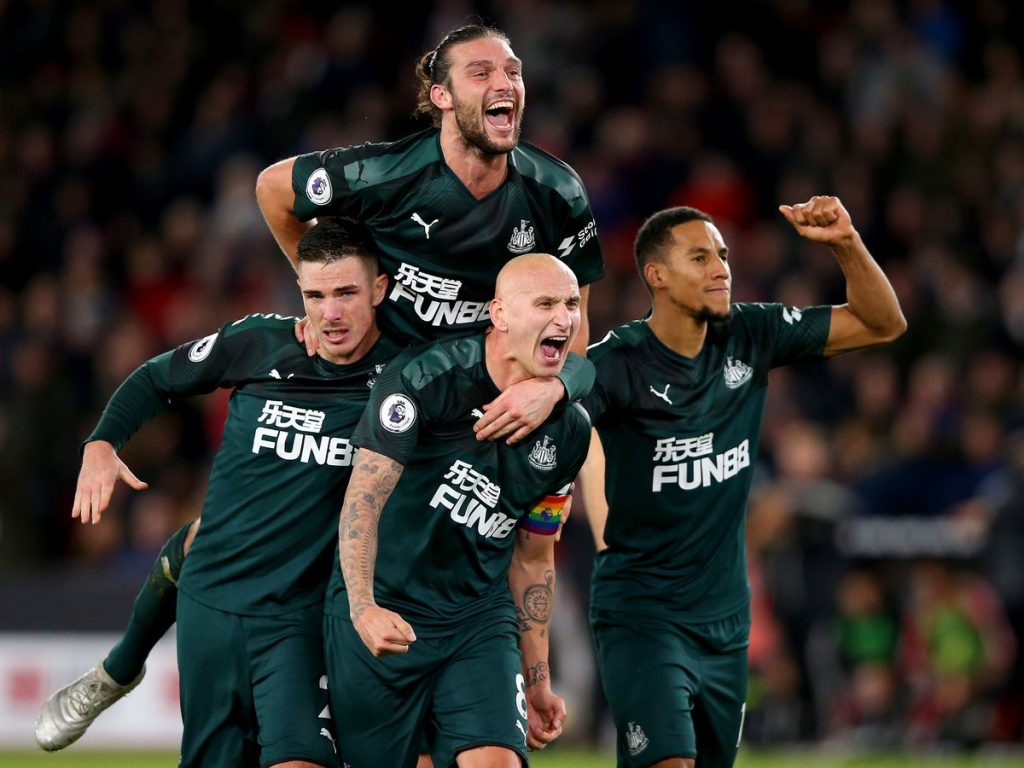 According to the 30-year-old versatile Newcastle star, Shelvey could play for the likes of Barcelona if he stays focused.

As per Ritchie, the Newcastle central midfielder has exceptional ability and he could blow teams away if he played for the La Liga giants.

However, Shelvey is a big fan of golf and he is often distracted because of that.

He said (quotes via Chronicle): “I remember playing against him as a kid – I think he scored a hat-trick, he was unbelievable.

“He’s got his moves – ending up at Newcastle. I say to him on regular occasions: ‘if you had your head screwed on you could play for Barcelona’. He’s that good. He’s got everything.

“I’ve said to him so many times ‘if you just got head down and focused just solely on football and forget about golf and whatever else…’. He’s mad – he’ll play golf like three times a week. I’m like ‘Jonjo, you can’t do that.’

“At Newcastle, he hits the longer passes, he’s the one we look to open teams up and create – I feel like, and this is no disrespect to us at Newcastle, but if he was playing at Barcelona or Real Madrid, you can just imagine…he would just blow teams away with his ability.

“You have to have everything in the right place and he likes his golf too much!”

There is no doubt that Shelvey is one of the best passers in the Premier League. However, he needs to add more end product to his game to play for a bigger club.

Furthermore, he has disciplinary issues as well. The midfielder can come up with a rash tackle every now and then.

The talent is there for everyone to see but Shelvey needs to work on his game in order to be a more complete midfielder.

Shelvey can be quite one dimensional at times. The former Liverpool player needs to work on his mentality and footballing intelligence if he wants to join a top club.

The 28-year-old has 5 goals in all competitions for Newcastle this season.