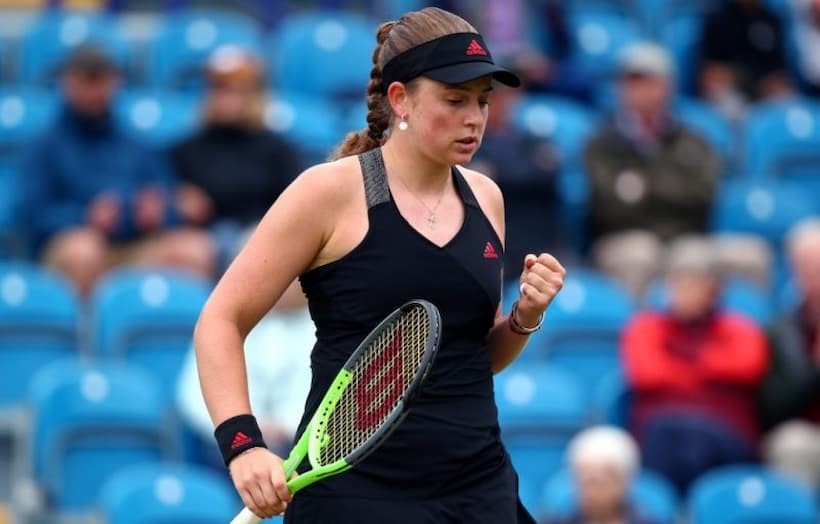 Top seed Maria Sakkari will take on Latvia’s Jelena Ostapenko in the second round of the 2021 Ostrava Open on Thursday. Our betting expert has a betting tip for the match, as well as live streaming info and a free bet at bet365.

Maria Sakkari started off the 2021 season strongly. She reached the quarterfinals in Abu Dhabi Tennis Open before earning a semifinal appearance at the Grampians Trophy. She put together a series of stunning performances at Roland Garros to make her first-ever Grand Slam semi-final, where she lost to eventual champion Barbora Krejcikova.

After falling to Elina Svitolina in the third round of the Olympics, the 26-year-old gave a spectacular display at the US Open, beating Bianca Andreescu and Karolina Pliskova en route to making her second Grand Slam semifinal. However, she lost to British teenage sensation and eventual champion Emma Raducanu in the final four in New York. Now the Greek will return to action in the second round of the Ostrava Open on Thursday.

Jelena Ostapenko, meanwhile, will be looking to beat Sakkari in a tough round of 16 match and go far in the tournament. She began her campaign in Ostrava in a dominating fashion, thrashing Anna Blinkova 6-4, 6-0 in the earlier round.

The 24-year-old saw off Liudmila Samsonova in the semifinal at the Luxembourg Open to make her second successive final in the tournament. However, Denmark teenager Clara Tauson bested her, winning the contest in a three-set thriller in two hours and five minutes.

The Latvian failed to make a good start to her 2021 season, suffering early exits from several tournaments. After making it to the quarterfinal at the Italian Open, she lifted her fourth career title at the Eastbourne Open. However, the 24-year-old’s subsequent performances were less than impressive at Wimbledon, and in the Canadian Open, and Cincinnati Masters. While she was also forced to withdraw from the 2021 US Open due to medical reasons.

Sakkari and Ostapenko have met each other twicebefore, with their head-to-head record standing at 1-1.

Considering the overall form and consistency of the two tennis players this season, Sakkari seems the favourite to win the match on Thursday, and that’s despite Ostapenko being made favorite at most bookmakers.

It is unlikely to be an easy contest for the Greek, however: Ostapenko will fancy her chances after an impressive Luxembourg Open. But, at 8/11, Sakkari is the form player and our pick for the win.

To stream this match online, all you need to do is sign up at bet365 and make a small deposit of £5. So long as there is at least £5 in your account, you’ll be able to watch hundreds of other tennis matches, too.

New customers at bet365 are also eligible to receive £100 in free bet credits.

To claim your £100 in free bet credits, follow the steps below: