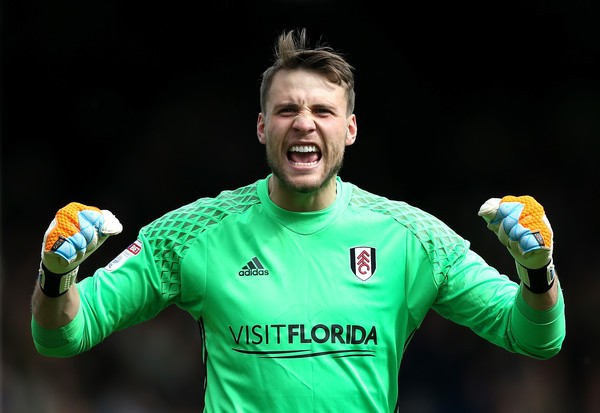 According to reports from The Sun, Fulham goalkeeper Marcus Bettinelli is on West Ham’s radar, after David Moyes personally scouted him recently.

The West Ham boss saw the 25-year-old in action who impressed during Fulham’s 2-0 win against Leeds on Tuesday evening at Craven Cottage.

Goalkeeping is one area where Moyes could be looking to bolster in the summer. Joe Hart’s loan spell will end at the end of the season, and doubts remain whether the Hammers will sign the Manchester City goalkeeper in the summer.

Adrian has done well at times, but surely the Hammers will be looking at better options.

The report claims that Moyes could tempt Bettinelli with top-flight football if Fulham fail to achieve promotion to the Premier League.

Bettinelli has been in outstanding form this season for the Cottagers, and along with Ryan Sessegnon and Tom Cairney, he is the epitome of consistency for Slavisa Jokanovic’s side.

He was outstanding against Leeds that also earned him the Man of the Match award. In fact, it was his fourth of the season, that only shows how consistent he has been been throughout the campaign.

Bettinelli has a contract at the club till 2020, but he could be tempted to move to the Premier League. Of course, there are better options elsewhere, like Nick Pope of Burnley, but Bettinelli would represent a smart signing.