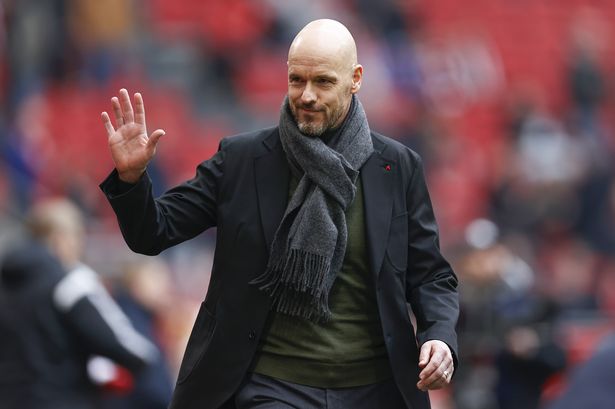 Manchester United have been linked with a number of managers in recent weeks and it appears that the Premier League giants have interviewed the Ajax boss Erik Ten Hag for the Old Trafford job.

The Red Devils fired Ole Gunnar Solskjaer earlier this season in November and they have appointed German manager Ralf Rangnick as the interim coach until the end of the season.

The German is set to move onto an administrative role at the end of this season and the Red Devils will need to bring in a quality replacement.

Ten Hag has done an exceptional job at the Dutch club and he could prove to be a quality acquisition for the Premier League giants.

According to a report from ESPN, the Ajax manager has been formally interviewed by the Manchester United hierarchy but he’s not the only name on the shortlist right now.

Apparently, Paris Saint-Germain manager Mauricio Pochettino is a potential candidate to take over at Old Trafford as well and it will be interesting to see who ends up managing the Premier League giants next season.

Pochettino knows the Premier League well from his time at Tottenham Hotspur but his stock has fallen over the last couple of seasons. PSG have heavily underperformed under his management.

On the other hand, Ajax are currently flying high under the management of Ten Hag.

The Dutch outfit are at the top of the Eredivisie standings and they managed to make it to the knockout rounds of the Champions League as well.

Ten Hag will bring an exciting brand of attacking football with him to Old Trafford if the Premier League giants decide to appoint him. Furthermore, he has done well to nurture the young talents at Ajax and he could have a similar impact on the likes of Jadon Sancho next season.

A club of Manchester United’s stature should be challenging for the Champions League and the Premier League on a consistent basis and the Red Devils cannot afford to get their managerial appointment wrong once again.