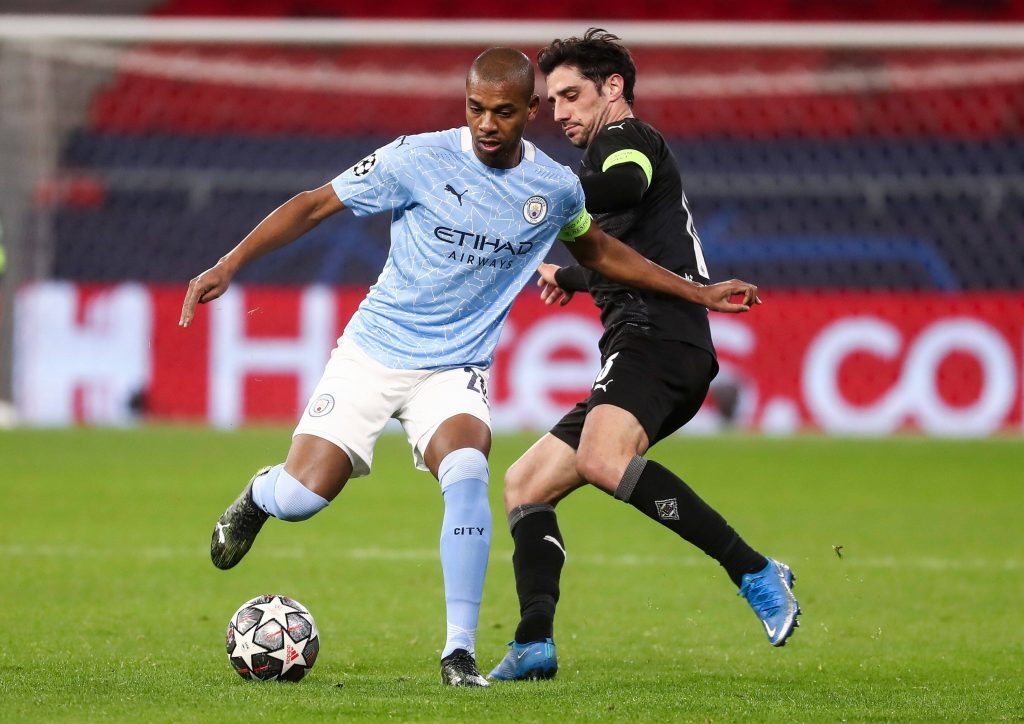 A selection of Manchester City fans on Twitter heaped praise on Fernandinho following the club’s 2-0 win over Everton in the FA Cup quarter-final yesterday.

The Cityzens had a tough game against the Merseyside outfit but eventually prevailed after goals from Ilkay Gundogan and Kevin De Bruyne in the final 10 minutes.

De Bruyne was the game-changer off the bench as he was also involved in the build-up of the opening goal, but Fernandinho stood out over the course of 90 minutes.

Fernandinho was picked ahead of Rodri in the defensive midfield role and had a solid performance with four tackles. He also made three clearances – two from set-pieces.

Some of the club’s faithful were impressed with the 35-year-old’s showing, and here are a few reactions following the game.

Your new contract has to expire on 14 years…

Fernandinho just gets better give him a new contract

Fernandinho is like Cafu. I swear that guy has more energy in them legs then some younger players..

I would be happy to keep him at City for another year. His replacement would cost millions. Spend the money on a striker!

Fernandinho had limited game time during the first half of the campaign, where Rodri was an undisputed choice in the holding midfield role.

However, as the season has progressed, the Brazilian has regularly got the nod for the position, with Pep Guardiola opting to rotate his options.

Fernandinho will be 36 before the end of the campaign, but he has shown that he is still one of the best in the business from his position.

His current deal expires in June this year, and judging by his recent performances, the Cityzens will be tempted to renew his contract for another season.