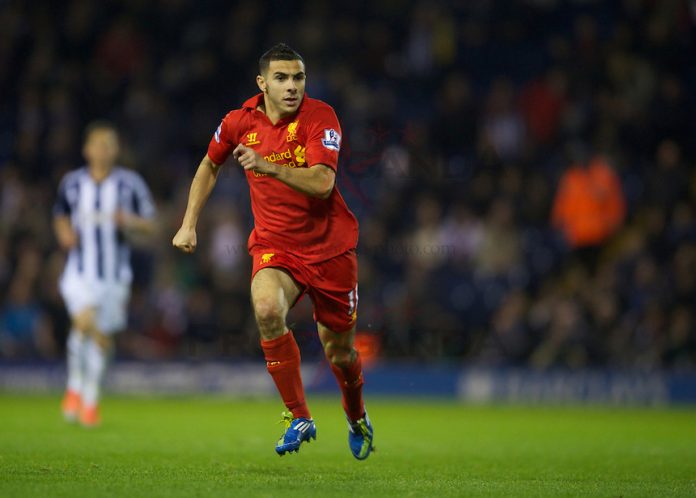 For a majority of footballers making a switch to the Premier League represents an upgrade in their respective careers. Over the past we have seen relative unknowns have gone on to prosper in the highest echelons of English Football. However, for some its a complete reality check when they fail to make their mark.

Liverpool’s Oussama Assaidi is one such example. Signed in the summer of 2012 when Brendan Rodgers took charge in 2012 the Moroccan was a relative unknown and no one saw the recruitment coming. Assaidi arrived from SC Heerenveen for a fee worth s little as £2.4m.

Majority of the Liverpool fans after watching Youtube videos of the player heaped praise on what they believed was a money ball transfer. Rodgers joining the bandwagon had said, “We’re delighted with the signing, he’s a young player who has done very well, in particular in the last couple of seasons, in Holland. He fits our style perfectly, he’s an exciting player who is very good in one versus one situations and I think he’s a player that will excite the crowd.”

The winger consequently failed to muster a starting eleven spot and made just 12 appearances for the Anfield side. Assadi joined Stoke City on loan on the final day of the summer transfer window to resurrect his career in England but he has had very few chances to come by.

Now according to reports from the Telegraph, Assaidi has been recalled from his loan sell and Liverpool are set to sell him to to Middle East side Al-Ahli for £4.75m. Confirming the termination of Assaidi’s temporary deal Stoke boss Mark Hughes said: “Assaidi has been frustrated this season because I haven`t been able to give him as much game time as he would have liked. He was a player we liked but he has found it difficult to force his way into the team over the past couple of months.”

It frees up a loan opportunity for us and obviously we will look to utilise that before the end of the month.”

This certainly represents fantastic business to get double the price on what they had spent to buy the player. Maybe Liverpool are raising funds to bring Divock Origi on a permanent basis. The Reds had bought the Belgium striker in the summer but had sent him on loan to Lille till the end of the season. However with Mario Balotelli drawing blanks, Rickie Lambert hardly matching expectations and Daniel Sturridge’s long term injury, Liverpool are in desperate need of a striker who can fire them in the top four.