Liverpool’s search for a new manager continues, following the sacking of Brendan Rodgers on Sunday…

…And it seems former Borussia Dortmund manager Jurgen Klopp has emerged as strong favourites to become the next LFC manager.

Former Real Madrid manager Carlo Ancelotti is also a reported target for Liverpool, but the Italian probably is only interested in managing a club playing in the Champions League.

Check all the latest #LFC news, updates and rumours on who will become the next Liverpool manager.

What Will Klopp Bring to Liverpool?

Excited for Klopp at LFC. Maybe no better fit in the world for him at this point. Only caveat, he hasn’t had much time off

Klopp known for making ordinary players extraordinary, which is what LFC need now. Team will follow him off a cliff if he asks — Clark Whitney (@Mr_Bundesliga) October 6, 2015

LFC fans will want transfers, which is a big question mark for Klopp. He hasn’t had success with big-money transfers

Jurgen Klopp is a charismatic manager. One of the best part of his management is his witty comments while handling the press.

Check out 13 best comments made by the former Dortmund manager:

Read the rest of the quotes here 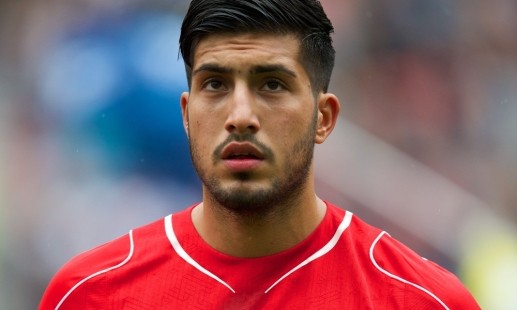 The German midfielder, who is now off on international duty, has praised Klopp, saying:

“I think he has demonstrated in Dortmund that he can work at any team in the world.”

Klopp will be given full power on transfer dealings

Klopp is expected to work alongside the transfer committe and within the financial structure (something Rodgers didn’t like during his time) but at the same time he will be given the final veto on incoming players.

He has previously worked under such system at Dortmund, and feels perfectly comfortable with it, provided he had the final say.

More News on Klopp to Liverpool

It seems like Jurgen Klopp is all set to become the next Liverpool manager.

Excited, Liverpool fans? I bet you are.

As per the latest report, he is happy to work under Liverpool’s transfer system and will be unveiled as Liverpool manager before Sunday.

The Reds have been in talks with his representative and it has progressed quickly.

Klopp will meet the Liverpool officials again on Tuesday, but he has indicated that he wants to take the job.

According to reports from The Telegraph, Klopp has already informed his friends that he will return to management with two weeks.

He hasn’t mentioned any destination, but Liverpool are thought be the front runner for his services.

Ancelotti has been shortlisted as one of the contenders to become the next Liverpool manager, after Rodgers was sacked on Sunday.

Ancelotti is currently on a year-long sabbatical after leaving Real Madrid, but the 56-year-old may not land up at Anfield, as he prefers a move to a club competing in the Champions League.

The Italian is currently in London, where Liverpool have an office, but per Ben Smith, Klopp is now hot favourite to join Liverpool just five months after leaving Borussia Dortmund.

Despite several reports that Klopp has already signed a three year deal at Anfield, that’s not been the case yet. But Ben Smith says that Klopp is open to idea of moving to Anfield.

Sky Italia reported yesterday that former Chelsea manager Roberto Di Matteo emerges as one of the candidates for the Liverpool job but his appointment will be a major shock. Di Matteo was sacked by Schalke 04 in May and has out of work since.

Liverpool officially announced their decision to sack Rodgers via their official website, after the Reds drew 1-1 with Everton at the Goodison Park.

We would like to place on record our sincere thanks to Brendan Rodgers for the significant contribution he has made to the club and express our gratitude for his hard work and commitment. All of us have experienced some wonderful moments with Brendan as manager and we are confident he will enjoy a long career in the game.

The search for a new manager is underway and we hope to make an appointment in a decisive and timely manner.

Liverpool have had a stuttering start to the season, and are sitting 10th in the Premier League, six points behind league leaders Manchester City.

The club is keen to appoint a new manager before their next Premier League game against Tottenham on October 17th.