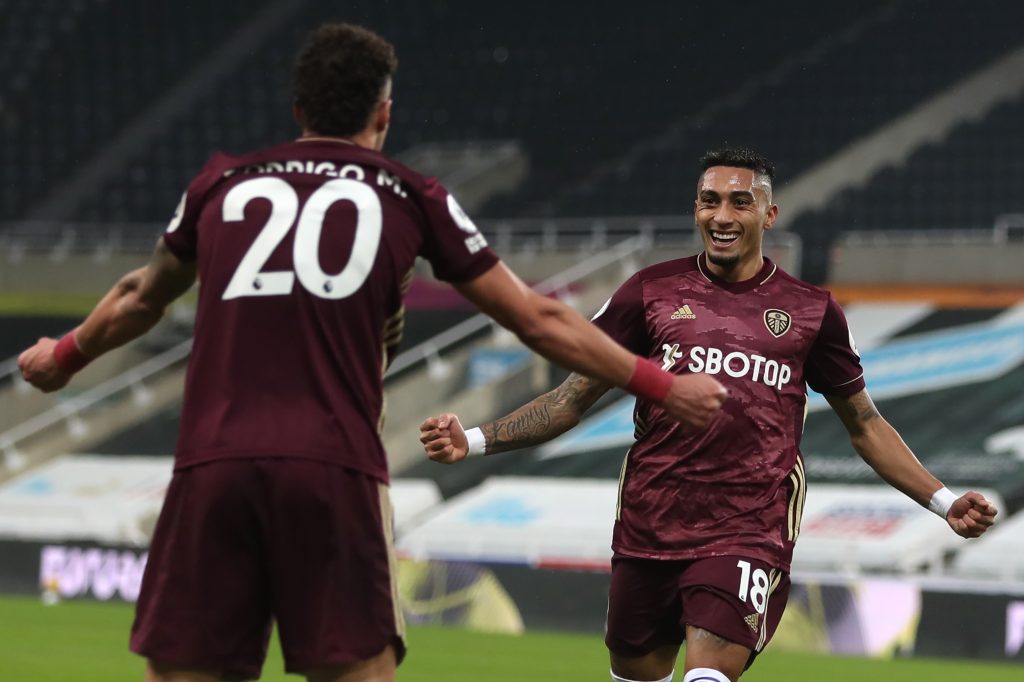 Liverpool are reportedly keeping tabs on Leeds United attacking midfielder Raphinha ahead of the summer transfer window, and France Football has backed up the claims in recent hours.

Jurgen Klopp’s side are 10 points behind league leaders Manchester City following a woeful run that has seen them win just two of their last nine Premier League games.

Liverpool have lost four of those fixtures, drawing the other three, and the failure to adequately strengthen their attacking ranks during the last summer transfer window is hurting their chances of successfully defending the title.

They will be looking to bring in quality attackers when the next transfer window opens, and Raphinha could be a fine addition to their squad given his performances for Marcelo Bielsa’s side.

Leeds fans know that holding on to the Brazilian could prove difficult, and here is how some of them and Liverpool fans have reacted to the rumours that Reds scouts are monitoring his progress at Elland Road:

He is a very good player would love to have him

What a player this guy is! Let’s hope that it’s true 🤞🏻

Top team will only be able to buy him this summer if they pay up at least 50mil + —— id say we should keep this, he’ll grow MASSIVE under bielsa. Sell him for even more in the future

80 million is a good price I think

get him in he’s good

Didn’t Leeds just buy him? It was 17M so I assume they’ll want to sell him around 40M.

Long term Salah replacement.
We have Jota to replace Mane.
Now we need a Haaland to replace Firmino.
I reckon Elliott will be used as a midfielder or go on loan to an epl club.

Good young player with high impact energy just what we need for our aging frontline. He would add that hunger and desire to our forwards that Mane and Bobby lacking right now. Competition for starting spots is what we need this summer

The 24-year-old’s most impressive campaign in front of goal came at Portuguese top-flight side Vitoria de Guimaraes in 2017-18, with 15 league goals in 32 games to his name.

He has scored a total of 16 league goals since then, and while that is not an impressive return, Raphinha is more than goals and assists.

His work rate at both ends of the pitch is a quality that will come in handy at Liverpool.

The Leeds winger can also play as a striker and behind one, and he definitely has what it takes to give the Reds famed front trio a run for their money.

It remains to be seen whether the Whites will be keen to cash in on him after just a season, but a very juicy bid will definitely be tempting, and the Brazilian would likely be interested in a move should a side like Liverpool come calling.