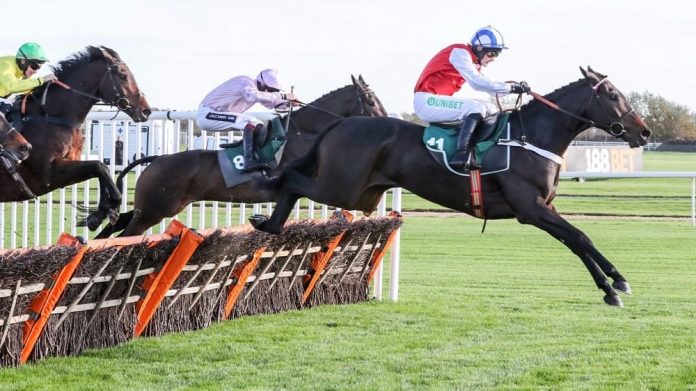 There are Lingfield racing tips from the inaugural Winter Million meeting on Friday, 21 January courtesy of SportsLens experts. Our tipsters have gone through the card and give their best bet in each race. Check out the Winter Million tips in full below.

This two-day meeting either side of an All-Weather Flat card is a new initiative. Even horse racing betting sites know there is a lull in the action on the track after the busy festive period. Lingfield has been proactive about this, introducing the Winter Million cards offering good prize money to horses who turn up.

Their reward is an above average Friday fixture and renewed betting interest from punters. On this 21 January card are some tricky handicaps and conditions contests. Some have even been picked up for an additional broadcast on terrestrial TV. Everyone in horse racing from online bookmakers to pro tipsters is getting behind the Winter Million, then.

It’s also where SportsLens experts come in. Their Lingfield racing tips give punters a pick in every race, so betting across the card is easy. The action is pretty competitive, so check out what they fancy here. For free Lingfield Winter Million tips and predictions, this is the place to be:

Four of the seven runners have claims here. The drop back in trip for this 2m contest looks against extended bumper winner Love Envoi, while forecast heavy ground is an unknown for Nurse Susan. Therefore, Rainyday Woman appeals most. Paul Nicholls’ seven-year-old Kayf Tara mare comes here seeking a four-timer.

She held re-opposing rival Game On For Glory by three lengths in a Listed contest on rain softened ground at Taunton last month. Although now 3lb worse off with the runner-up, Rainday Woman was well on top and has stamina in her pedigree to handle a more testing surface. One of her bumper wins was on soft, so she can continue her purple patch.

No less competitive with 10lb separating seven of the eight runners. Fontaine Collonges looks overpriced on the pick of her form for the in-form Venetia Williams stable and one to consider each way. A typical French import to the yard, this seven-year-old daughter of Saddler Maker may have found the ground too sound at Cheltenham last time out.

Although only fourth during the International Meeting there, the winner has since landed a valuable Grade 3 handicap chase at the same venue. Fontaine Collonges was disappointing as the Cheltenham betting had her the 5/4 favourite but she has some out-and-out stayers in her pedigree. She also meets the re-opposing third, Timeless Beauty, off 3lb better terms over the same 2m 4f trip. Fontaine Collonges is worth another chance with William Hill at 15/2.

Back Fontaine Collonges with William Hill

This is a much weaker race for the grade than the Castleford Chase won by Eclair D’Ainay. Dan Skelton’s charge is another of the Winter Million tips after his ready success over Christmas. Eclair D’Ainay, now an eight-year-old, has a 7lb hike in the weights for victory there but something may have clicked with him the last day.

He meets Kelso conqueror Cedar Hill off exactly the same terms but this race is far from local to the Sandy Thomson stable. Eclair D’Ainay shaped like a non-stayer when fourth to Good Boy Bobby at Listed level but the winner has since landed the Grade 3 Rowland Meyrick also at Wetherby. That’s good form in relation to this Eclair D’Ainay is a top-price 11/2 with Bet365 to follow-up here.

Bet on Eclair D’Ainay with Bet365

In a race lacking depth, ratings topper On The Blind Side is worth a wager after landing a conditions contest over the same 2m 7f trip at Market Rasen this time last year. Now aged 10, Nicky Henderson’s Stowaway gelding was a gallant runner-up conceding 4lb to Thomas Darby in the Grade 2 Long Distance Hurdle at Newbury on reappearance.

Although then only sixth in the Long Walk at Ascot, that was in deep water. On The Blind Side was the stable’s second string that day. This is much easier. Dropping back to 2m 4f for the Relkeel Hurdle didn’t suit him last time out, so disregard that run. Off level weights, he should have the beating of his four rivals. On The Blind Side is a 13/8 chance with QuinnBet for victory as a result.

Back On The Blind Side at Quinnbet

This one might steal the show. Broken Halo commands tons of respect as he acts on heavy ground and the form of his Chepstow third has been working out well but Fantastikas drops down in grade and goes up in trip here. His sole chase success to date came over course and distance for father-son trainer-jockey duo Nigel and Sam Twiston-Davies.

Good enough to win an intermediate handicap here on reappearance, Fantastikas has since placed twice in Grade 2 company. Only Threeunderthrufive, a winner again at that level since, beat him on his penultimate outing at Doncaster. Fantastikas was then an outpaced third at 14/1 in the Cheltenham betting in the Dipper over 2m 4f at Cheltenham.

This is a drop in class for the seven-year-old Davidoff gelding who steps back up to a longer distance. Twiston-Davies is back among the winners too. In a cracking contest, a mark of 140 for Fantastikas puts him top on ratings. He only concedes weight to a 10-year-old and a mare who has never jumped fences in public. Therefore, the 4/1 with Bet365 looks a bit of value.

Bet on Fantastikas with Bet365

One horse that will definitely relish the forecast bottomless ground is Metier. A Grade 1 novice hurdle winner in the mud for Harry Fry around this time last year, the six-year-old Mastercraftsman gelding completed a hat-trick in the Tolworth at Sandown. Although Metier was then below par in the Supreme and pulled-up on his return to action, he shaped nicely last time out.

His fourth in the Betfair Exchange Trophy off 3lb higher than his current mark saw him home in front of Greatwood Hurdle winner West Cork. Connections run Metier here but he also has an early closing entry in the Betfair Hurdle. With conditions in his favour and Gowel Road framing the handicap, Metier is another of our Winter Million tips at 5/1 with Betfred for this.

Bet on Metier with Betfred