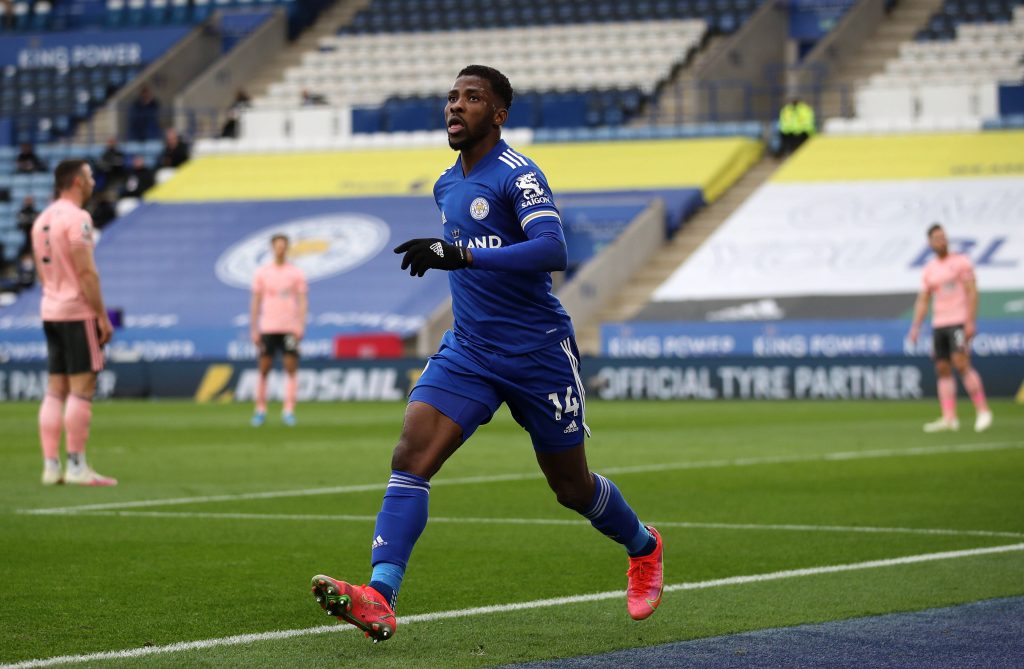 Some Leicester City fans were delighted with the display of Kelechi Iheanacho during yesterday’s 3-1 triumph over Manchester United in the FA Cup quarter-final on Sunday.

The Nigeria international has been in peak form since becoming a regular starter alongside Jamie Vardy last month, and he scored twice against the Red Devils.

The 24-year-old took advantage of Fred’s poor backpass to goalkeeper Dean Henderson to open the scoring midway through the opening half.

United levelled the scores through Mason Greenwood before the interval, but the Foxes stepped up and dominated the proceedings after the break.

Vardy thereafter missed an easy chance to make it 3-1. Iheanacho eventually netted his brace in the 78th minute after a header at the back post from a free-kick.

Iheanacho has been a key player for the Foxes in the injury absence of James Maddison and Harvey Barnes over the past few weeks.

The striker helped the Foxes to reach their first FA Cup semi-final in 39 years. They will face Southampton in the last four of the competition next month.

A selection of Foxes fans were delighted with the performance from their striker, and here are some reactions on Twitter.

I truly believe this isn't just a hot streak for Iheanacho. I think we're seeing his true potential and lethal goalscoring ability as a striker. #lcfc pic.twitter.com/nCC2kUrErU

Btw iheanacho is the best striker in the world atm

Hard to single anyone out from that performance today it was a proper team performance but iheanacho was outstanding again, even without his goals his link up play was top drawer 👏 #lcfc

A few months ago getting to an FA Cup semi-final off the back of a Kelechi Iheanacho masterclass was the stuff of a fever dream. Wow. #LCFC

Kelechi Iheanacho was at the wheel today. World class performance from seniorman🙏😏 #lcfc

Vardy has struggled to find the back of the net in recent months, and there has been speculation that the club may be eyeing another new striker.

However, Iheanacho has proved that he could be the leader of the attack with his exceptional run of form since February with nine goals from as many games.

He has more than two years left in his current deal with the Midlands outfit, but his progress may have caught the eye of former club Manchester City.

The Cityzens included a £50 million buy-back clause when Iheanacho signed for the Foxes in 2017, and Brendan Rodgers recently admitted that the option may still be valid.

Read: Leicester City to compete with Arsenal for this Premier League midfielder.