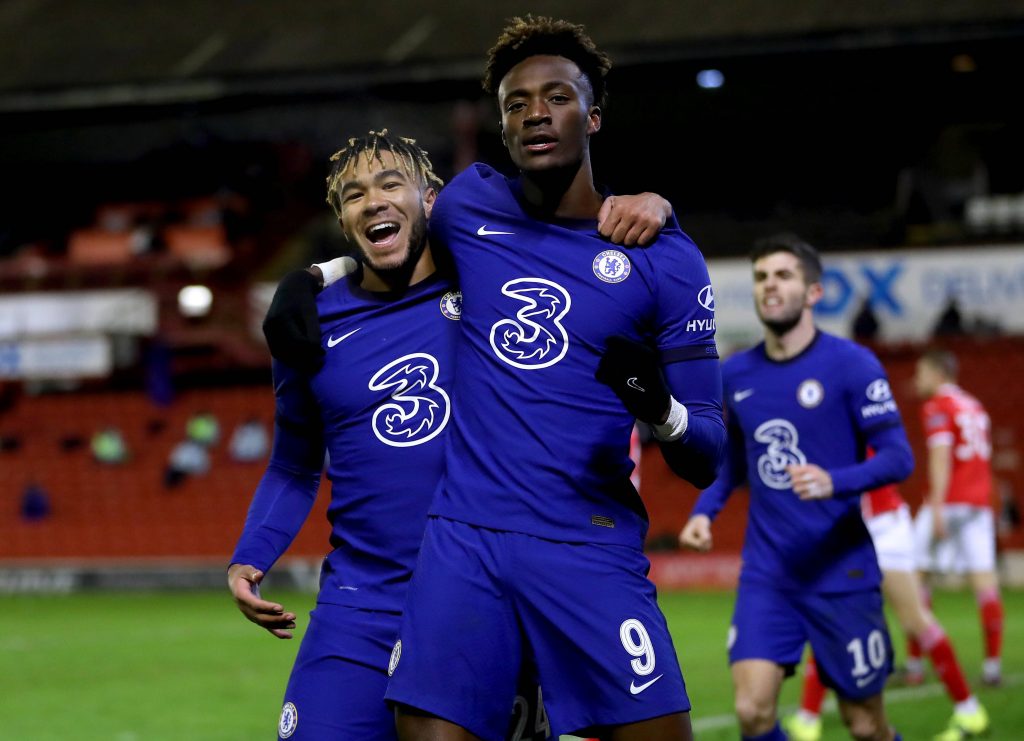 The England international is the Blues’ top scorer with 12 goals this term, but he has barely played since Thomas Tuchel took charge as the manager in January.

He has not featured in any competition over the past two months and was left out of the squad for the club’s FA Cup semi-final triumph over Manchester City today.

West Ham United are reportedly keeping tabs on the 23-year-old, and Romano claims that the Foxes are also in the running to secure his services.

Leicester are among the clubs interested in signing Tammy Abraham. He’s one of the targets for #LCFC if Chelsea will open to sell him in the summer – Tammy is out of the squad today. 🔵 #CFC #Leicester

Abraham was left out of the squad for a few games due to tactical reasons, and it was then suggested that he was struggling with an ankle problem.

Since his comeback, he has not played a single minute for the west London giants. Tuchel has challenged the striker to convince him in training.

As things stand, Abraham’s prospects with the Blues appear bleak, and he could be on the move when the transfer window reopens.

Ideally, he may want to remain in the Premier League, and he won’t be short of offers with the Hammers and Foxes credited with an interest.

The Foxes have recently seen the resurgence of Kelechi Iheanacho, who has been a regular starter up front alongside Jamie Vardy.

The Nigerian has eight league goals to his name, and all of those have come since February when he became a regular for the Foxes.

Should Abraham join them, he won’t have the assurance of a starting spot unless one of Vardy or Iheanacho are rested or injured.

At the current stage of his career, he will want the guarantee of regular game time. He could benefit from a move to the Hammers instead.

The London outfit are likely to pursue a new striker after sanctioning the sale of Sebastien Haller to Ajax in January without landing a replacement.

Michail Antonio is the only senior striker in the squad, and he has had plenty of muscular injury concerns over the past few years.

Abraham has the ideal platform with the Hammers, but only time will tell whether the club can lure him away from the Blues this summer.

Abraham, who is valued at £36 million by Transfermarkt, has bagged six assists alongside his 12 goals for the Blues this term. He has made 30 appearances.

Read: Chelsea could shift their focus from Declan Rice to this Bundesliga sensation.