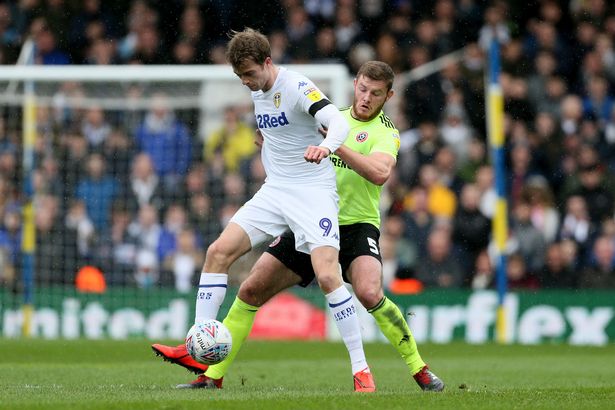 Leeds United crashed to a 1-0 defeat against Birmingham in the Championship yesterday.

The Whites are now eight points behind Norwich City in the standings and their chances of winning the title appear quite slim.

Che Adams scored the only goal of the game on the 29th minute.

Marcelo Bielsa’s men have now lost two of their last three games and they will need to bounce back strongly. It will be interesting to see how they respond in their next game.

Leeds cannot continue to slip up at this stage of the season if they want to secure promotion to the Premier League.

At one point, they seemed set to win the league and now their automatic promotion is in doubt.

The fans were very annoyed with Patrick Bamford’s display yesterday. The striker missed some crucial chances for his side.

The Leeds fans have taken to Twitter to share their thoughts on the striker’s display and here are some of the fan reactions from earlier.

I know it’s easy to blame Bamford. So I will. Fucking rubbish. #lufc

Roofe/Clarke should’ve got subbed on much earlier, Bamford was absolutely awful, not clinical enough whatsoever, so disappointing as it’s another missed opportunity of getting points on the board and yet again we’ve come up short against a side that isn’t even that good #lufc

I’m not gonna lie, I’ve not rated Bamford ever since he was desperate to take that penalty at the Bristol city game, he thinks he’s better than what he is.

Okay let’s find some positives from today –
– That should be the end of Bamford starting now (at last)
– Only 1 point behind Sheffield United
– There are 6 games to go, it is almost certain that the table will change again
– Casilla showed his class and experience today?

Hope Bamford has a shit Sunday. Stubs his toe, burns his dinner the lot