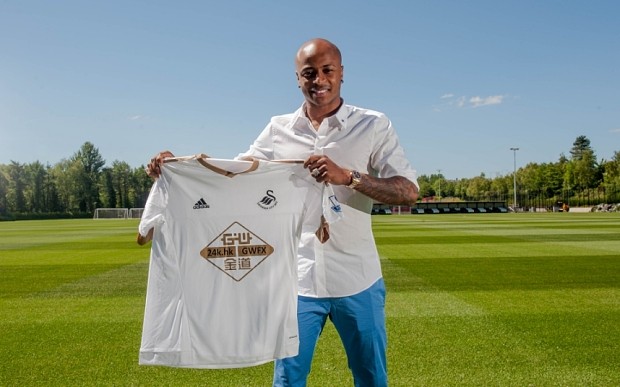 Leeds United are keen on signing the Swansea attacker Andre Ayew in January.

According to Ghana Soccernet, Bielsa wants a reunion with the player at Leeds. The pair worked together at Marseille and the Leeds boss knows all about him.

Leeds could definitely use a versatile forward right now and Ayew would be a superb signing for them. He is in good form for Swansea and he could make an immediate impact if he joins Leeds.

The Whites are well placed to win the Championship this season and that extra injection of quality could really seal their place at the top of the table.

Ayew will add flair and goals to Leeds’ attack. He would be a great mentor for the likes of Nketiah as well. He can play as the striker as well as a wide forward.

Bamford has failed to score consistently this season and Bielsa needs to add more goals to his side. The reported interest in Ayew makes a lot of sense.

He is doing well in the Championship and he won’t need time to adapt. Also, he has the experience of playing in the Premier League.

Leeds could use his quality and experience after promotion as well.

The 30-year-old has scored 6 goals so far this season.