Lahm in midfield vs France is double-trouble for Germany 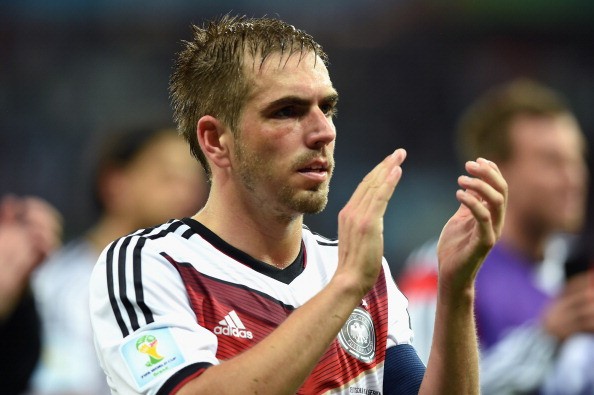 A month back, just before the World Cup started, if you were told France & Germany would be playing one of the four 2014 quarter-final matches, you probably would have laughed, then realised it’s a real possibility but stop short of going any further and be convinced that Germany would go in as favourites and ultimately emerge into the semi-finals. That scenario is now a reality, but the reactions aren’t quite similar. Germany still remain the stronger side on paper, but France have surpassed expectations and have comparatively been the more convincing side.

Joachim Low’s side certainly have problems, none more so that the one developing in defence, which everyone but Low seem to have a solution for.

Now let’s just put things into perspective. Joachim Low has a problem at full-back, particularly the right side. The solution would be to play a quality player in that position. Low has Philipp Lahm in his side. Philipp Lahm is quite possibly the best right-back in the World at this point in time. But this quality right-back is being played in midfield. The problem is quite literally, that obvious. 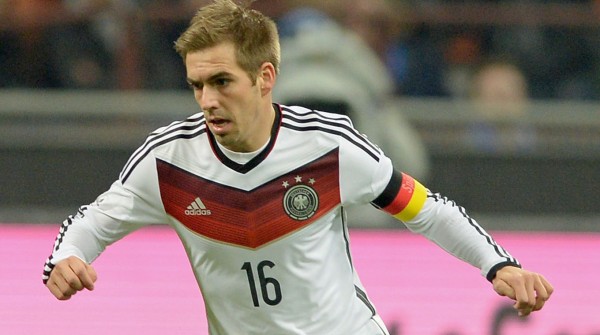 On either side of Germany’s central defenders are two more central defenders. Neither Bekeditk Howedes nor Jerome Boateng are natural full-backs. This has been an issue for the Germans after their convincing win over 10-man Portugal; these problems didn’t really have a chance to surface in that particular encounter. But subsequently, all the talk has been about their full-back issue which was most convincingly exposed against Ghana & Algeria.

The peculiarity of the problem was further intensified when Mats Hummels was ruled out of the game against Algeria after sustaining a minor flu. Joachim Low called in Shkodran Mustafi; no surprises there. Mustafi has been one of the most solid central defenders in the Serie A with Sampdoria and is considered as one of the brightest young defenders in the current crop. So the general thought was that Mustafi would slot into Hummels position directly replacing him. But to the amazement of all, Low decided to once again put Mustafi at right-back, a position he had a torrid time in. Jerome Boateng got his central defensive spot, but surely he would do a considerably better job that Mustafi out-wide. As the game wore on we noticed how the ex-Evertonian struggled against a counter initiated from the wings. That tactic is likely to be used by France themselves, with a much stronger pool of personnel. Low continues to insist that Lahm will play in midfield, further aggravating the issue.

With Lahm’s positioning, France will look to exploit the wings to a great degree, but this isn’t the only position where France will find joy. Sticking Lahm into central midfield could have repercussions in the midfield areas as well as the wide position. While one can’t doubt Lahm’s intelligence and defensive capabilities, France possess one of the most well-worked, threatening, fluid & balanced midfields this World Cup. With Cabaye acting as the deep lying playmaker, Paul Pogba & Blaise Matuidi have the freedom of box-to-box midfielders and will regularly bombard the German defence.

Benzema will keep the central defenders busy, Valbuena & most likely Griezmann will combine with Evra & Debuchy keeping Germany’s full-backs busy. Is Lahm alone capable of playing the role of midfield cover? Because Lahm essentially more than being played in central midfield for defensive cover, is in that position to create chances from the back and get play moving. This German side hasn’t yet faced a midfield of France’s caliber. A more positionally adept & intelligent player like Sami Khedira would make far more sense for the deep midfield role.

You can argue that the two central midfielders either side of Lahm can handle Pogba & Matuidi but it would be naive to think they can be kept under control.

Germany will be solving two of their crucial problems and potentially winning two key battles by simply deploying Lahm in his natural right-back position. He is more than adept at contributing in attack from that area as well, another issue which has faced up the current Germany full-backs. But Low has his own ideas by the looks of it.

The obvious changes are right in front of the boss, but his comments suggest he has his trusted system and that involves a midfielder in Lahm. It’s a decision that could prove costly, and a decision which could significantly impact the course of this game.