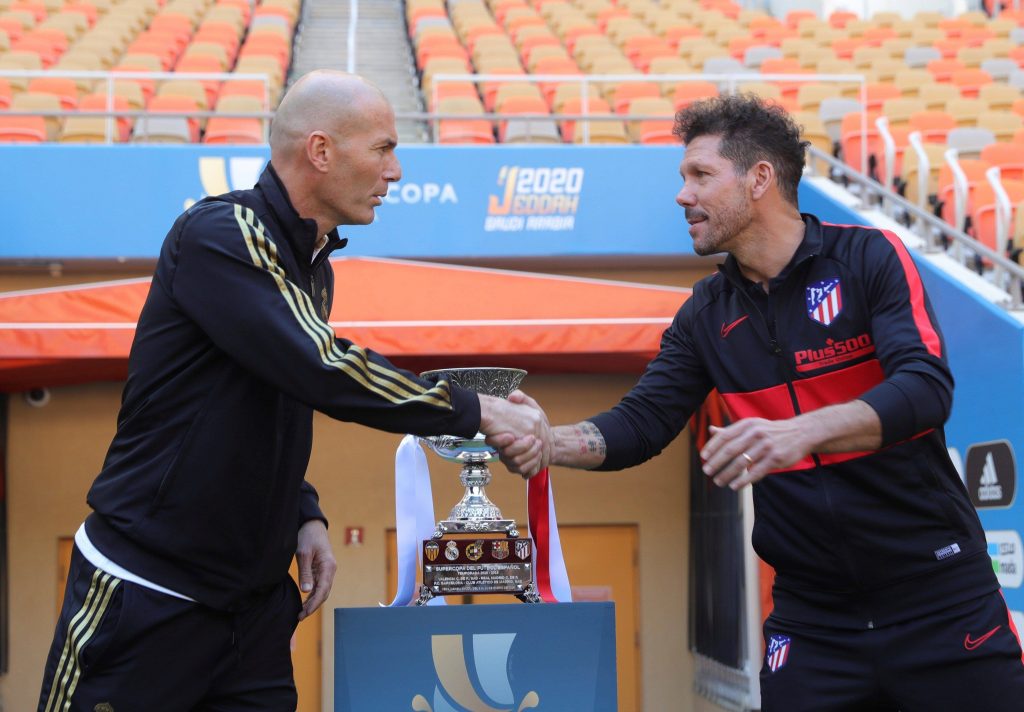 The 2020/21 La Liga season is coming to a close as Atletico Madrid and Real Madrid go head-to-head in a thrilling title race.

Regardless of what happens on the final matchday of the campaign, the league crown will stay in the capital.

Barcelona and Sevilla have already qualified for next season’s Champions League group stage, but all the attention is turned towards the Madrid sides in this nail-biting season finale.

Ahead of the final kick-off, Atletico lead the way in one of the most exciting title races in Spain over the past few years, holding a two-point advantage on cross-town rivals Real.

Seeking league titles in consecutive seasons for the first time since 2007/08, Real go into Matchday 38 looking to overturn a two-point deficit on Atletico.

In fact, the Frenchman could become the first manager in the new millennium to guide Real to back-to-back league titles. The last coach to manage such a feat was Leo Beenhakker in the ninth decade of the 20th century.

Though the outcome of the title race is well beyond his control, Zidane will do everything in his power to beat Villarreal at home on Saturday.

The 48-year-old boasts an almost perfect managerial record against the Yellow Submarine in La Liga, having suffered just one defeat in his nine such contests so far (W4, D4).

Diego Simeone has a point to prove against Valladolid

Simeone has helped Atletico establish themselves as a permanent fixture in the La Liga top four since arriving at the helm in 2011.

Since his first full season in charge up until this point, the Argentine has led Los Colchoneros to a top-four finish in all nine campaigns.

However, except for the 2013/14 La Liga triumph, Simeone has failed to back his managerial masterclass with enough pieces of domestic silverware.

If the game against Osasuna last time out was a test of character, his side have made the grade.

After falling behind in the 75th minute, Los Rojiblancos picked themselves up and orchestrated one of the most breathtaking comebacks in La Liga this season.

Renan Lodi and Luis Suarez led Atletico to a vital 2-1 victory at the Wanda Metropolitano, bringing Simeone’s team on the cups of the long-awaited league success.

Atletico have complete control over their own fate insofar as a victory against relegation-threatened Valladolid in the ultimate showdown would secure them the coveted La Liga title.

Was a 2-1 loss to Celta Vigo Lionel Messi’s final game for Barcelona?

The Catalan heavyweights have granted the 33-year-old compassionate leave from training ahead of their trip to Ipurua.

After crashing out of the title race, Messi has been granted permission by Ronald Koeman to skip the match against dead-last Eibar on Saturday.

Such a decision has prompted rumours about the Argentine’s highly anticipated departure from Camp Nou.

Since he has less than a couple of months left to run on his contract in Catalonia, Messi might have played his final game for the Blaugrana.

Although many thought Joan Laporta’s arrival in place of Josep Maria Bartomeu would hand Barcelona’s hopes of keeping hold of their best player a huge boost, the club has yet to tie the six-time Ballon d’Or winner down to a new deal.

With the summer transfer window approaching rapidly, we may not have to wait long to find out where Messi’s future lies.