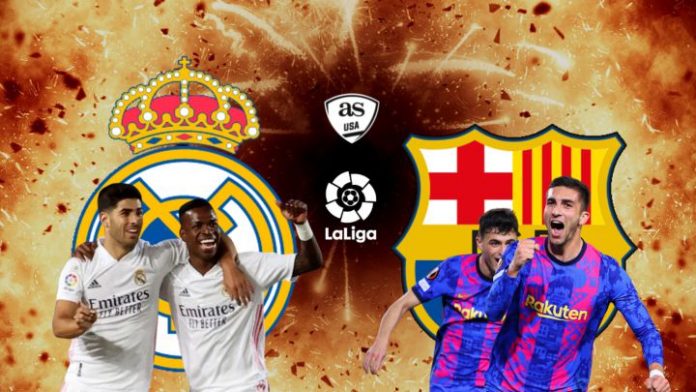 El Clasico is back tonight as Real Madrid take on Barcelona in a crunch encounter.

El Clasico is one battle between two of the greatest football clubs of all-time that offers the best and the worst of football. It is a monumental struggle between two teams and a battle that transcends beyond Spain and stops everything happening around the world.

This is how important the game is.

The first time these two sides faced each other was back in May 13, 1902 in an unofficial EL Clasico. Madrid were barely two months old and faced Barcelona in the semifinal of a cup game which was not called Copa del Rey at the time.

So let’s take a look at some of the most memorable El Clasico battles since then:

In the Copa del Rey of 1916, the toughest match was played between the two giants, after they met in the semifinals of the tournament, a series that was tied with a victory for each one and they had to go to the tiebreaker, with the third ending with a spectacular 6-6 scoreline. In the end, Madrid advanced after winning the last game 4-2, although the 90 minutes were not completed due to the Blaugrana’s protest.

The party of shame

One of the most controversial meetings between the two took place in 1943, in another semifinal of the Copa del Rey, then called the Copa del Generalísimo. After the Culés won the first leg 3-0, the Madrileños humiliated them 11-1 in the second leg on June 13, a result that is never brought out due to the political context.

Alfredo Di Stéfano was a Real Madrid veteran who also played for Barcelona, ​​the most controversial transfer in the history of LaLiga. An event that helped the rivalry between the two teams to grow. The Argentine faced the Catalans for the first time in 1953 and they were beaten 5-0 with a brace from the Saeta Rubia.

Johan Cruyff played his first classic on February 17, 1974, a season in which the future of the team changed, which could not raise its head, but everything changed with the Dutch midfielder, since with him they thrashed Madrid 5-0 and then went on to win their first title that season in 13 years.

José Mourinho played against Barcelona for the first time as coach of Real Madridin November 2010 and had to visit the Nou Camp only to lose 5-0 win a match where Madrid were mere spectators due to the dominance of the team led by Pep Guardiola, which started a great rivalry between both men.