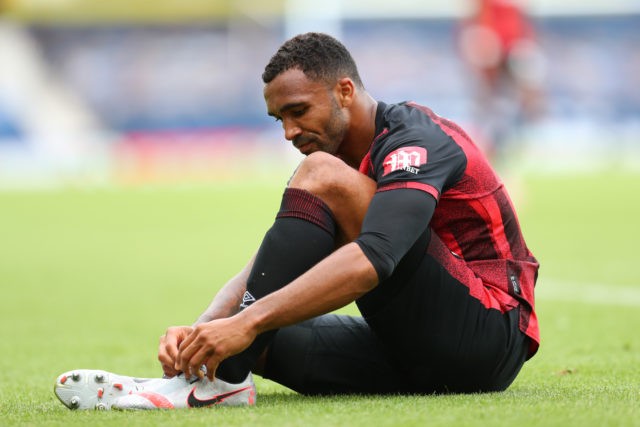 Kevin Phillips has told Football Insider that Bournemouth striker Callum Wilson should not move to Tottenham Hotspur in the summer transfer window.

According to Football Insider, Tottenham are interested in signing Wilson from Bournemouth, who will play in the Championship next season after getting relegated from the Premier League.

The report has claimed that Spurs head coach Jose Mourinho has personally called the England international striker, who is open to playing second fiddle to compatriot Harry Kane at Tottenham Hotspur Stadium.

Former Sunderland and England international striker Phillips believes that Wilson should not make the move to Spurs this summer.

Phillips told Football Insider: “The big thing for me, if I’m Callum Wilson, it’s about being number one somewhere and playing week in week out.

“If you go to Tottenham you’re just a back-up striker and if Harry Kane stays fit for the season you’re going to get hardly any game time, maybe a couple of cup games.

“That will be an interesting one to see where he ends up, but I’d like to see him go somewhere where he’ll be the number one striker and plays.

“He’s certainly a good player and he’ll want to push for that Euros squad, he’s had a taste of England before. If he doesn’t play, he stands no chance whatsoever.”

Wilson is unlikely to be at Bournemouth next season, and while Phillips does make a good point about potential lack of playing time at Spurs, it is hard to see the 28-year-old turn down a move to Tottenham.

After all, Mourinho is the manager of the North London club, and he is still a big pull for players.

Moreover, Spurs will be aiming to finish in the top four of the Premier League table next season and could also play in the Europa League, so Wilson will get chances as Kane will not be able to play twice a week for the entire season.