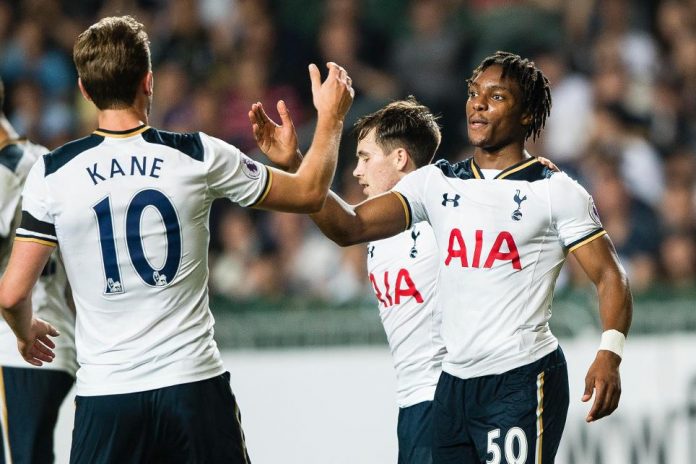 Tottenham fans are waiting anxiously to learn the latest on Harry Kane who limped off in the first half against Bournemouth on Sunday.

The 24-year-old could be out for a while and it remains to be seen how Spurs respond without their talisman striker.

The natural reaction would be to use Fernando Llorente who was signed in the summer mainly to act as a back up for Kane.

However, the Spaniard has endured such a poor form this season that Mauricio Pochettino should consider exploring other options.

According to reports from the Evening Standard, Spurs could turn to Erik Lamela to take Kane’s place in the starting XI at Swansea on Saturday.

Pochettino should make a bold statement here and use his secret weapon Kazaiah Sterling instead. The 19-year-old is a highly rated young forward who has been in tremendous form for the Under 23 side, and certainly deserves a chance to prove his talent.

Sterling scored at Old Trafford against Manchester United, and against Real Madrid and Borussia Dortmund in UEFA Youth League.

He has shown that he can step up in big games. He can bring the element of surprise and certainly has done enough at the under-23 level to suggest that he deserves a chance ahead of Llorente who limits Tottenham’s natural attacking play.