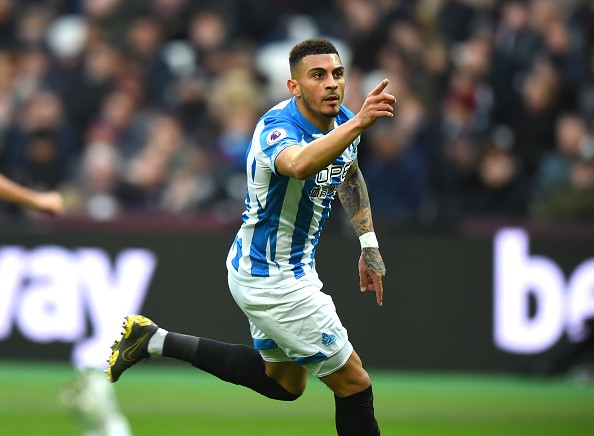 West Bromwich Albion forward Karlan Grant has taken to Instagram to express his delight at scoring against Brighton and Hove Albion on Monday evening.

Grant was in action for West Brom in their Premier League game against Brighton at the American Express Community Stadium.

The 23-year-old forward started the match and played for 84 minutes, as it ended in a 1-1 draw.

The Seagulls took the lead in the 40th minute when Jake Livermore scored an own goal.

Grant restored parity for the Baggies seven minutes from full-time when he collected a low cross from Callum Robinson and scored after creating space for himself.

The English youngster was delighted to have scored his first goal for West Brom and pleased with the final result.

Grant wrote on Instagram: “A more than deserved point away from home last night. Happy to open my account for the season & get my first Goal for the club!⚽️ #COYB 🔵⚪️”

Over the course of the 90 minutes at the American Express Community Stadium on Monday evening, hosts Brighton had 50% of the possession, took five shots of which three were on target, and earned six corners, according to BBC Sport.

Visitors West Brom had 50% of the possession, took nine shots of which three were on target, and earned two corners.

According to WhoScored, during his time on the pitch, Grant took one shot which ended in the goal, played one key pass, had a pass accuracy of 88.9%, won two headers, took 21 touches, made two clearances, and put in one cross.

Slaven Bilic’s side are 17th in the Premier League table at the moment with three points from six matches.