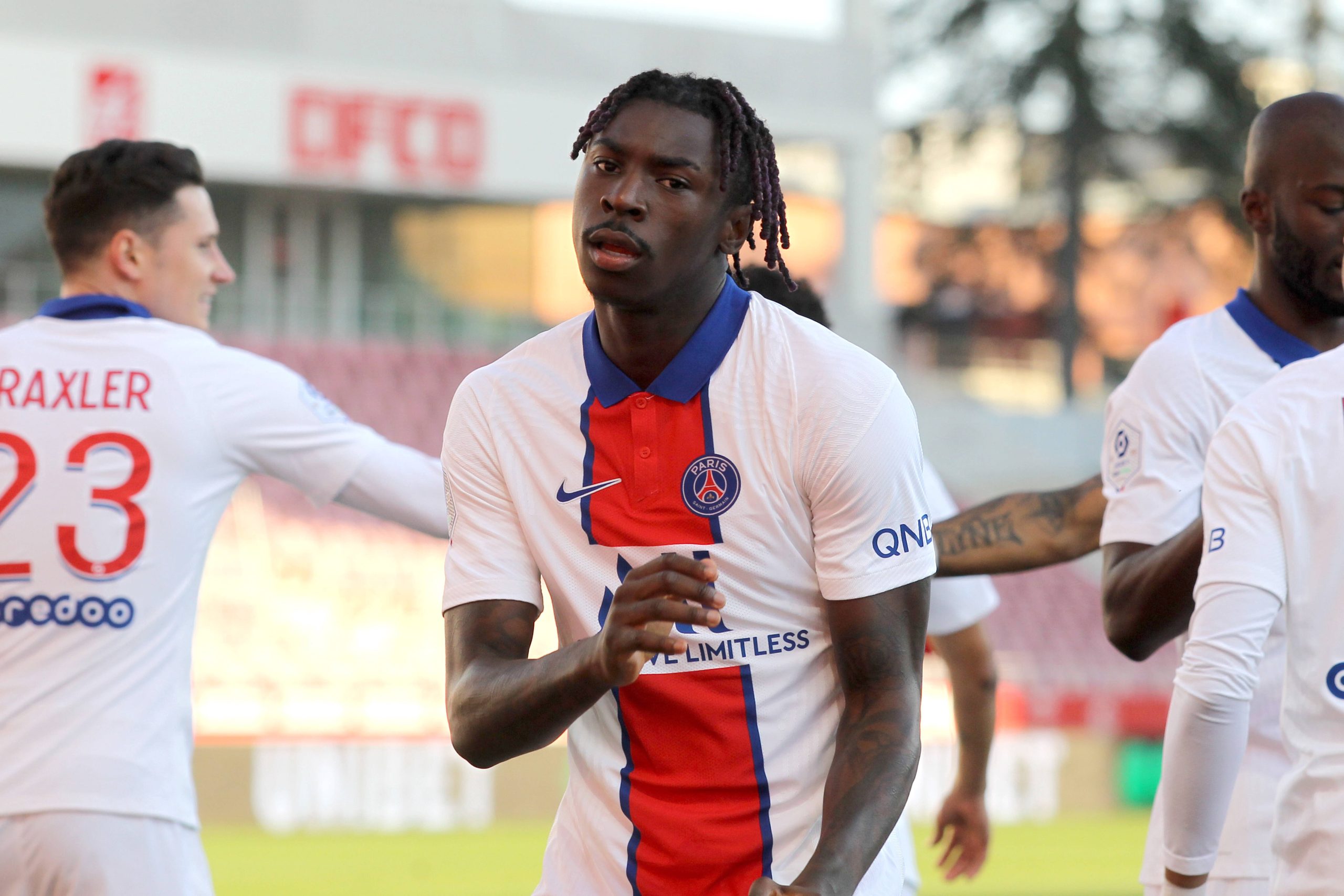 Serie A holders Juventus are keen on re-signing Moise Kean from Everton this summer, but they face a battle to convince him, Le10Sport reports.

The Italy international joined the Toffees from the Bianconeri for £25.1 million in August 2019, and he had a poor debut season with only two goals and two assists from 33 outings.

He started the current campaign in better fashion with a couple of goals in the Carabao Cup, but he was still loaned out to Les Parisiens before the summer transfer deadline.

Kean has since excelled at the French champions with 15 goals from just 29 appearances, which has led to suggestions that Les Parisiens could buy him permanently.

It is now reported that the Bianconeri have been hugely impressed by the progress of their graduate, and they are lining up a move to re-sign him.

However, Kean appears determined to rejoin Mauricio Pochettino’s side this summer and is likely to reject the opportunity to return to Turin.

Kean will return to Goodison Park this summer as the Toffees did not negotiate a buy option when they loaned him to Les Parisiens.

The 21-year-old will still have three years remaining on his contract with the Merseyside outfit, and they are in a strong position to negotiate.

While Carlo Ancelotti may want to integrate Kean into his plans, he has previously hinted that he won’t block the striker’s permanent exit if the right offer is made.

Kean has the opportunity to return to familiar surroundings in Turin, but he may struggle for playing time with the presence of Cristiano Ronaldo and Alvaro Morata.

At Parc des Princes, he has established himself in the starting line-up and will be hoping that Les Parisiens can finalise a suitable deal with the Toffees.

Kean is currently valued at £27m, as per Transfermarkt, but the Toffees could demand much more to part ways with his services this summer.

Read: Everton could be without England international for six weeks due to injury.