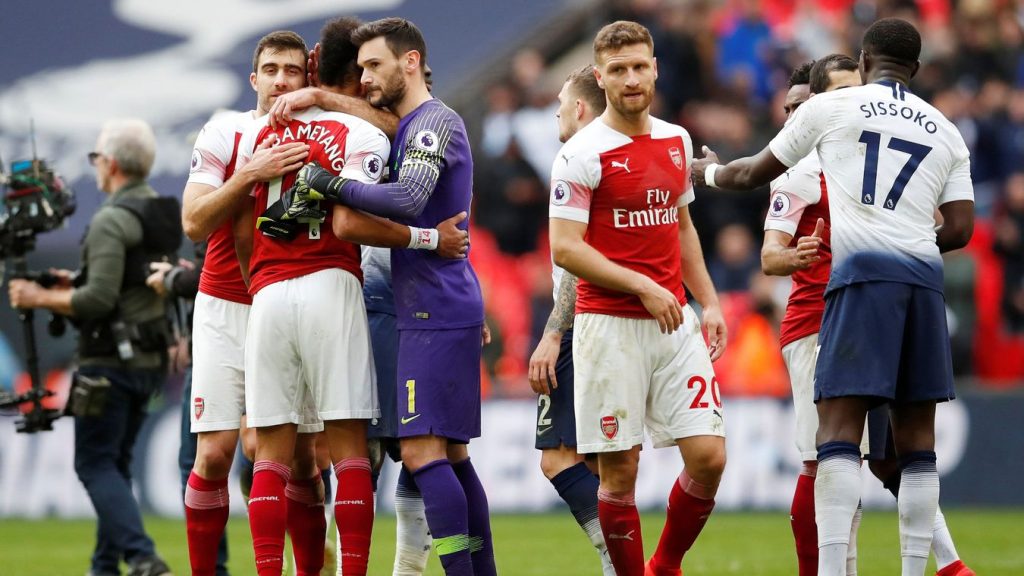 Former Tottenham midfielder Jermaine Jenas has tipped his former side to finish above Arsenal in the Premier League table.

Spurs are currently fifth in the standings, two points behind the Gunners after 31 games.

Given their current form, overtaking Arsenal will be quite a challenge for Mauricio Pochettino’s men.

Jenas said (quoted by Daily Star): “I think it is as toughs it gets for Arsenal away from home. In terms of the places they are going to and what they are fighting for, it is hard. Burnley are fighting to stay up, Palace are still going to need wins, Watford after their FA Cup semifinal will be tough. Everton too are back in form. It’s going to be tough for everyone don’t get me wrong but that is my reasoning personally why I don’t think Arsenal will finish in the top four. For Tottenham, I feel that it has been tougher to play at Wembley with it not always being full. They have done well to get any type of atmosphere in there at times and I think this is going to give them the lift that they need. Yes, the new stadium there may be teething problems but I think that home form might just help them. I still think it will be Manchester United with Tottenham and Chelsea in the Europa League.”

Spurs lost to Liverpool at the weekend despite playing well. A late own goal allowed the home side to grind out a vital win.

Pochettino will want to secure a top four finish this season and it will be interesting to see if Spurs can turn their form around soon.

With only 7 games left, the Londoners cannot afford to slip up any more. The likes of Chelsea and Manchester United are firmly in the race as well.

Not getting Champions League football next year would be catastrophic for Spurs.

They have a good side but they look exhausted right now. If they can regain their sharpness, they should be able to finish in the top four.