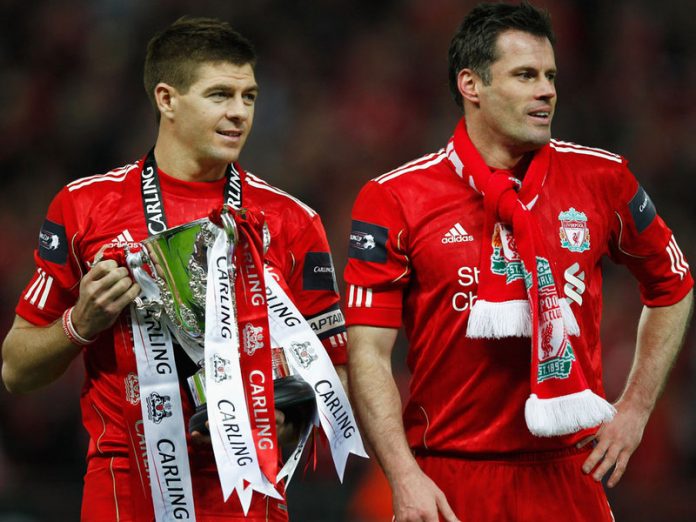 Liverpool legend Jamie Carragher clocked 41 today, and encomium is being showered on the former defender all over social media.

Goal.com asked its followers where the former England international ranks amongst the best ever English Premier League defenders, and amidst the plenty answers, the birthday boy himself came up with his own ranking.

Where does @Carra23 rank amongst the best ever Premier League defenders? pic.twitter.com/VtjYynEBsE

Carragher has joked that he’s the second best ever EPL defender, picking only Liverpool centre-back Virgil Van Dijk ahead of himself.

It’s surely a claim Liverpool fans will like given how influential the Dutch defender has been since arriving Anfield a year ago.

Since his record-breaking £75million move from Southampton last January, the 27-year-old has played 51 games across all competitions for Liverpool.

The Reds have won 34 of those games, drawn seven and lost 10.

They have conceded just 44 times and kept 24 clean sheets to highlight how important Van Dijk has been to the Merseyside outfit.

Liverpool currently top the Premier League table with four points after 23 games, and the Netherlands international has played every one of them, missing only just 35 minutes.

They have kept 13 clean sheets, shipped as many goals and have been the best side defensively across all Europe’s major leagues.

The revered pundit won the Liverpool Player of the Year Award thrice and made the PFA Team of the Year once.

He is no doubt one of the best ever defenders the league and club have had, but that he jokingly rates VVD ahead of him says a lot about the Reds star.