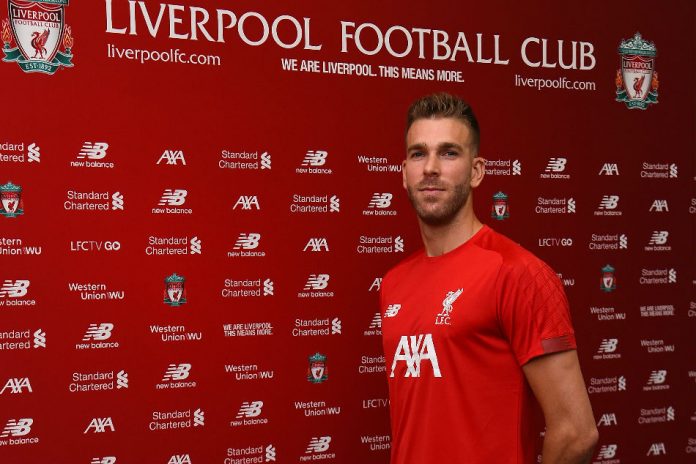 Liverpool made it six Premier League victories in as many games in the new campaign with a hard-fought 2-1 win over Chelsea at Stamford Bridge.

First-half goals from Trent Alexander-Arnold and Roberto Firmino put the Reds in a comfortable lead heading into half-time.

Chelsea threatened to launch a comeback after N’Golo Kante halved the deficit with 19 minutes to play, but Liverpool stood their ground, with goalkeeper Adrian particularly impressing to keep the hosts at bay.

The former West Ham United man suddenly found himself in action on matchday one against Norwich after Alisson picked up a nasty injury some minutes into the game, and he has continued to improve since.

Adrian was the star when both teams clashed during the UEFA Super Cup, helping Liverpool come out tops by saving Tammy Abraham’s spotkick during the penalty shootout.

The Spaniard was also in fine form against Napoli during the week, but couldn’t help prevent the Anfield outfit from losing 2-0.

Arsenal legend Ian Wright believes Adrian really proved his quality against the Italians, and here is how he reacted to his performance against Chelsea on Twitter:

Napoli felt like the one where he shows and feels that he belongs. Great today under pressure. Thought CFC did well throughout.

The 32-year-old was signed on August 5 after Simon Mignolet left, and he is proving to be a very quality cover for Alisson.