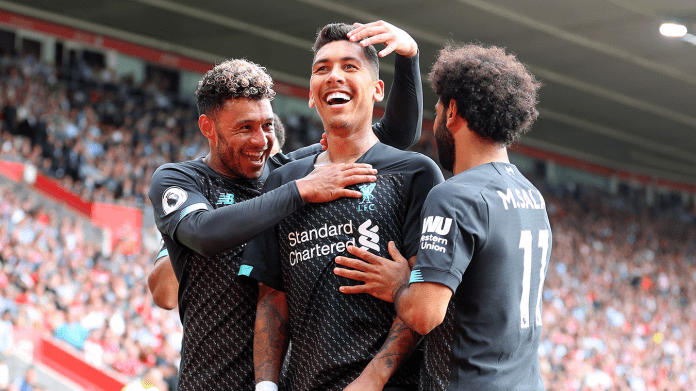 Liverpool secured a 3-1 win against Newcastle United at Anfield on Saturday, coming from a goal down to put the visitors to the sword.

The Reds found themselves behind seven minutes into the game after Dutchman Jetro Willems put the visitors ahead, but Sadio Mane drew them level 21 minutes later.

The Senegalese made it 2-1 12 minutes later, while Mohamed Salah wrapped things up in the 72nd minute of the game after a fine assist from Roberto Firmino.

Liverpool have now made it 43 league games without defeat, winning all their five games of the new campaign to stay at the top of the table.

Firmino particularly impressed, having a hand in the hosts’ last two games and causing all sorts of problems for Newcastle.

Arsenal legend Ian Wright was particularly impressed with the Brazilian’s performance against the Magpies, and here is how he reacted to it on Twitter:

Surprisingly, he started the game on the bench as Divock Origi was preferred ahead of him in the starting line-up, but the Belgian was withdrawn in the 37th minute due to injury, and it took the Brazilian forward just three minutes to announce himself.

Firmino dispossessed Christan Atsu before laying a pass for Mane, and while Martin Dubravka should have done better, the Liverpool star’s immediate impact off the bench was well-highlighted.