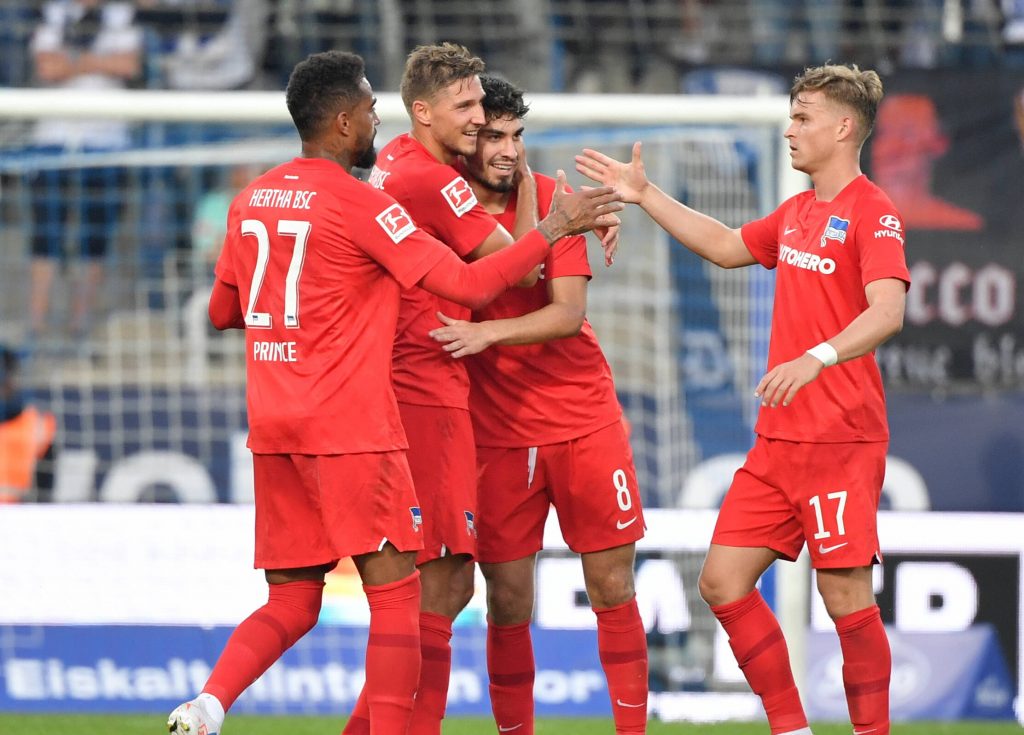 Hertha Berlin and Greuther Fuerth will look to climb up the table with all three points this weekend.

Hertha Berlin host Greuther Fuerth in the Bundesliga on Friday and both teams will be looking to bounce back after a disappointing start to the season.

It is too early on in the season to draw conclusions but this game feels like a contest between two potential relegation candidates.

The home side will be without the services of Stevan Jovetic, Rune Jarstein and Lukas Klunter due to injuries.

The likes of Davie Selke, Krzysztof Piatek, Marvin Plattenhardt and Marton Dardai are all doubtful for tomorrow’s clash.

Meanwhile, the visitors will be without the services of Jessic Ngankam, Gideon Jung and Gian-Luca Itter.

Hertha Berlin picked up their first win of the season last week against Bochum and they will be hoping to build on it with another positive performance here.

The home side have lost three of their four league games so far and they have conceded eleven goals in the process.

The visitors on the other hand are yet to pick up a league win this season and they have been equally poor defensively with eleven goals conceded in four league games.

Meanwhile, Hertha have an impressive head to head record against tomorrow’s opposition and they have managed to win the last two meetings between these two sides.

Here are the latest betting odds for Hertha Berlin vs Greuther Fuerth from bet365:

In terms of performances, Hertha Berlin have played slightly better than Greuther Fuerth in the Bundesliga so far.

The 3-1 win over Bochum last time out will give them some much-needed confidence boost and they should be able to pick up a narrow win over a side that has conceded five goals in their last two matches without reply.

How to watch Hertha Berlin vs Greuther Fuerth Live Stream