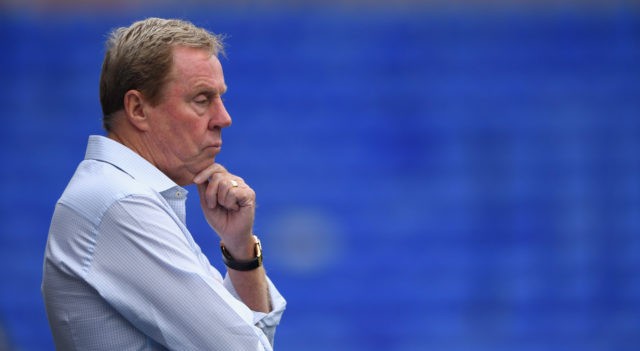 The 27-year-old striker scored a hat-trick last Friday evening, as Marcelo Bielsa’s side won 3-0 at Villa Park in the Premier League.

The former Chelsea and Nottingham Forest striker scored first in the 55th minute when he found the back of the net from just yards out after Emiliano Martinez had kept out Rodrigo’s low shot.

Bamford made it 2-0 midway through the second half when he turned in Mateusz Klich’s pass from 20 yards.

The Englishman completed his hat-trick in the 74th minute, as he curled home Helder Costa’s low ball.

Redknapp said: “I mean that hat-trick of Bamford’s, I mean two of them goals were just word-class, weren’t they?

“What finishes. It’s great to see him scoring. There is always a question mark about a boy like that, who gets promoted with Leeds.

“He’s been in and around the Premier League before, can he do it? Well, he is showing that he certainly can do it.”

Bamford is the main striker at Leeds and is a key figure in Bielsa’s team.

The former Middlesbrough man is the Whites’ main goalscorer, and he also plays an important role for the team.

The 27-year-old brings other attacking players into play, helps out defensively, presses the opposition defence, makes smart movement both on the ball and off it, and is always available as a focal point for his teammates.

For Leeds to have a successful season in the Premier League, Bamford must continue to bang in the goals.

The Whites are sixth in the Premier League table at the moment with 10 points from six matches.