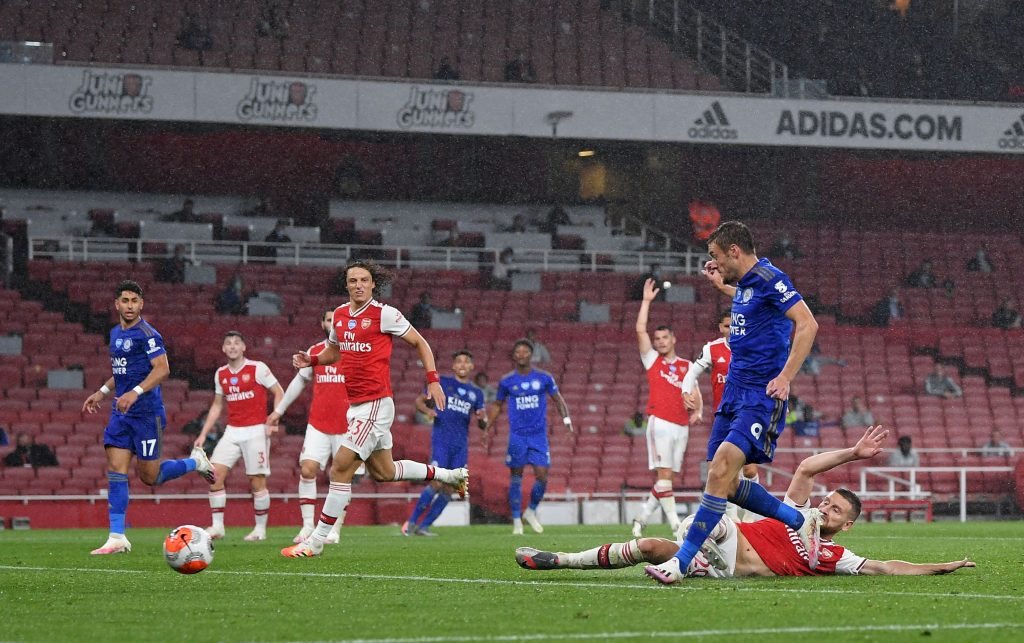 Leicester City picked up a vital point away from home against Arsenal last night.

Jamie Vardy scored a late goal to secure a draw for Brendan Rodgers’ side. The striker now has 22 goals to his name this season and he is leading the race for the Premier League Golden boot.

Arsenal went ahead halfway through the first half when Pierre-Emerick Aubameyang scored. The Gunners had their chances to increase the lead but Schmeichel kept the Foxes in the game.

Leicester had a great chance to get back into the game through Kelechi Iheanacho but ultimately they had to rely on Vardy to get back on level terms.

Arsenal had a man sent off 15 minutes from time and Arteta will be disappointed to have dropped two points after being ahead for most of the game.

He thinks it was a fair result in the end and he also heaped praise on Jamie Vardy for delivering when his team needed him to.

Leicester are now fourth in the standings and they will be hoping to stay there until the end of the season.