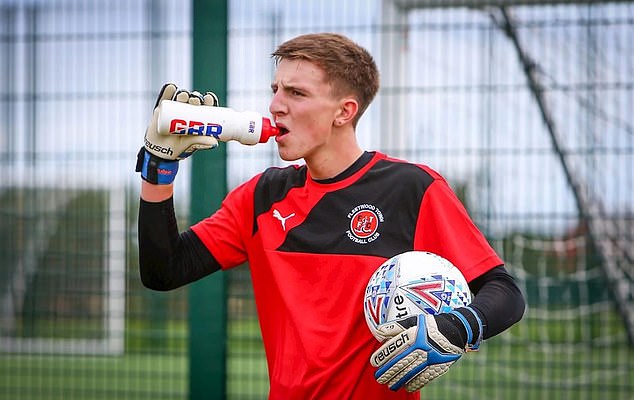 Everton are looking to sign the England U19 keeper Billy Crellin this summer.

According to Daily Mail, the Toffees have already submitted an offer for the player but it has been turned down.

Fleetwood value the player highly and it will be interesting to see if Everton return with an improved bid.

As per the report, the player is a target for Wolves as well. Arsenal and Manchester United have monitored the player in the past as well.

Crellin is a top talent and it is no surprise that the Premier League duo are in for him. If he manages to fulfill his potential, he will be a solid long term investment.

Crellin has a contract until 2020 and Fleetwood should consider selling him this summer if he doesn’t sign an extension.

They cannot afford to lose him on a free transfer next summer.

Everton shouldn’t have any problems convincing the player if they manage to agree on a fee. A move to Goodison Park would be tempting for a young player like him.

Also, Everton have a very good youth setup that will help him fulfill his potential.