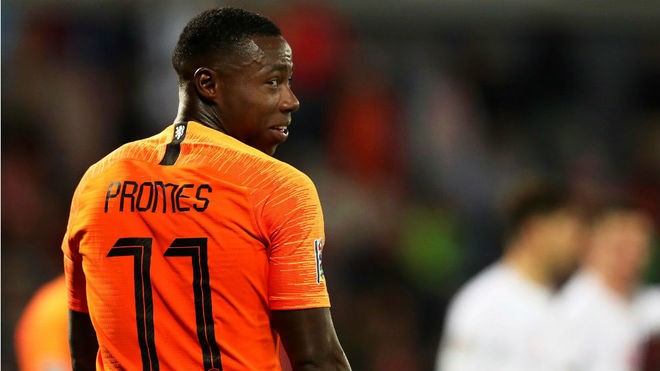 Everton should look to move for the Dutch winger Quincy Promes.

The highly rated winger is in fine form and he recently scored an important brace against Chelsea in the Champions League.

Promes has already shown that he has the ability to deliver at the top level and Everton should provide him with the platform to shine further.

Everton could use someone like him in their attack. The 27 year old would be a superb addition to Silva’s attack.

The Toffees need to add goals from the wide areas and Promes would be ideal. He can form a lethal attacking trio alongside Richarlison and Kean.

It will be interesting to see if Everton make their move for the player anytime soon.

They certainly have the means to pull it off.

Promes might be tempted to play in the Premier League as well if a good offer comes in.

However, Ajax will not want to sell a star player midway through the season and Everton will have to pay over the odds to convince the Dutch giants.

A signing like Promes would totally transform Everton’s attack and help get their season back on track.