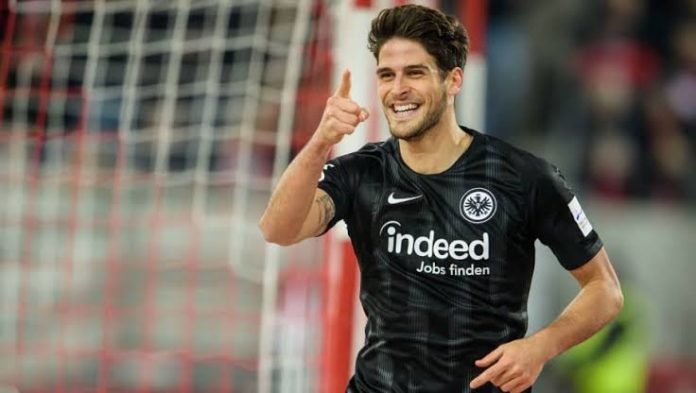 Everton are interested in signing the Frankfurt striker Goncalo Paciencia this January.

According to a report translated by Sportwitness, the striker is a priority target for Marco Silva and the club’s director Marcel Brands is already working on the deal.

The Toffees are in desperate need of goals and Paciencia would be a good signing.

Everton spent big money on Moise Kean this summer but the former Juventus talent has not hit the ground running. It seems that he will need more time to adapt to Everton’s style and the Premier League.

Meanwhile, Richarlison has been the only source of goals for Silva’s side. If Everton want to finish the season strongly, they will have to improve their attacking options.

The Bundesliga forward would add more goals to the side but convincing Frankfurt to sell the player in January might be tricky.

The German club are under no pressure to sell their prized asset right now.

The 25-year-old has scored 9 goals this season and he is valued at around €20m. Everton certainly have the means to pay that kind of money for Paciencia and it will be interesting to see what happens when the window reopens in January.