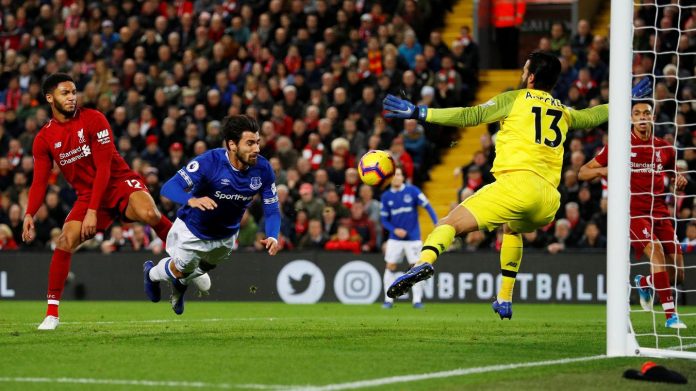 Everton midfielder Andre Gomes has posted a picture of him dribbling past Ross Barkley after last night’s game.

His choice of photo has impressed the Everton fans.

Barkley left Everton for Chelsea last year but he hasn’t quite impressed at Stamford Bridge. The former Toffees star was anonymous against his former side at Goodison last night as well.

He had to deal with a lot of stick from the fans during the game and it seems that Gomes is trying to rub it in as well.

The Portuguese midfielder has managed to establish himself as a fan favourite already and it will be interesting to see if Everton make his loan move permanent.

Gomes is on loan from Barcelona and he should look to stay at Everton for the long haul. He has adapted to the league and he is adored by the fans. At Barcelona, he will be just another squad player.

Here is how the Everton fans reacted to his social media post.

Fantastic second half performance from you, Andre. Great choice of photo too! ??