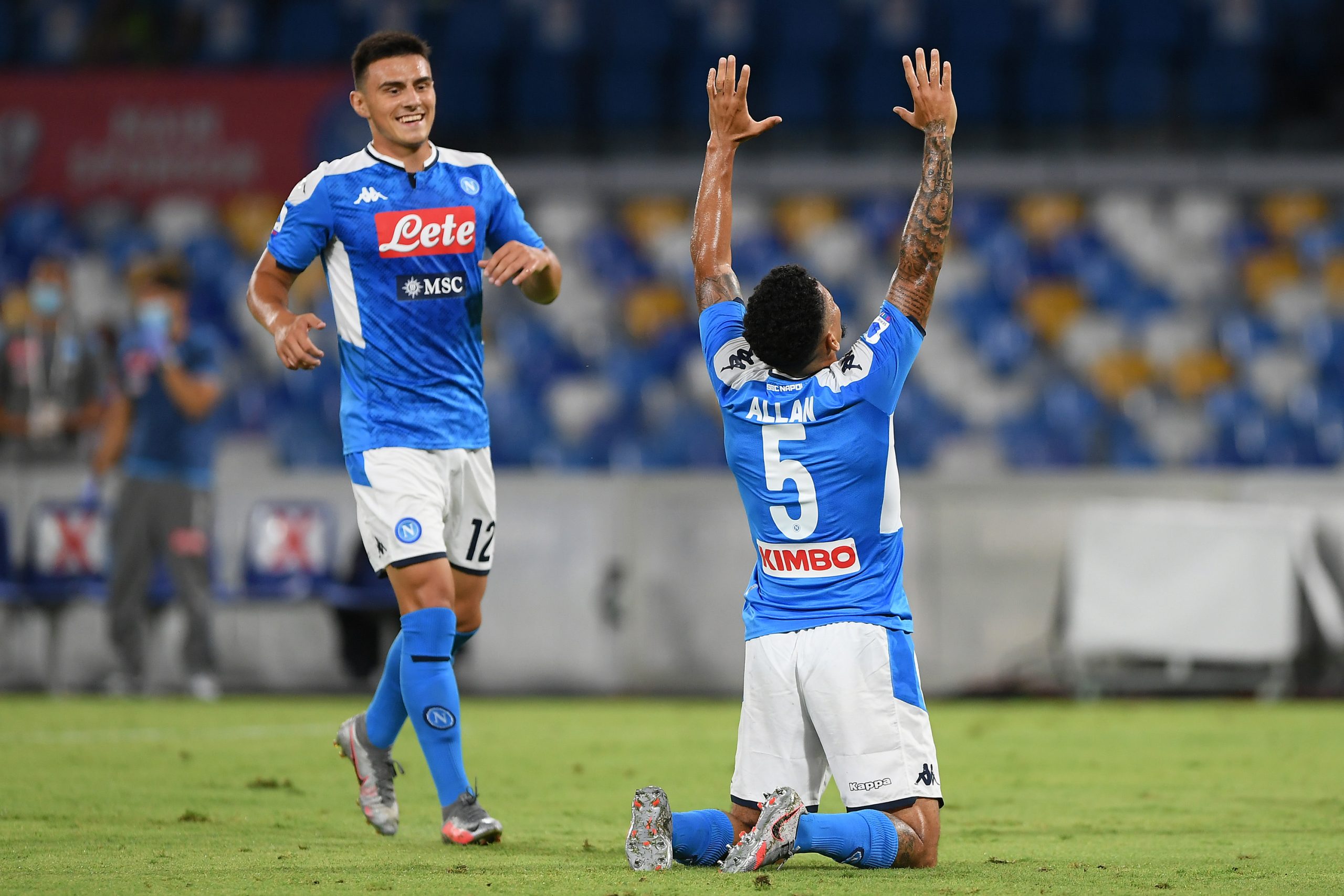 Everton are closing in on the signing of the Napoli midfielder Allan this summer.

According to the Tuttosport from Italy (via Sportwitness), Napoli have accepted an offer of around €30 million for the midfielder and the two clubs are now working on the nature of the add ons.

The report also claim that the transfer could be completed within this week.

Allan has been linked with Everton for a while now and the Toffees will be looking to get the deal done quickly.

The Brazilian midfielder has worked with Carlo Ancelotti before and he could be a key player for Everton next season.

Everton need an experienced midfielder who can control the game and provide some defensive cover to their back four. Allan would be an ideal signing for them.

The 29-year-old knows Ancelotti’s style of play and he wouldn’t need a lot of time to settle in.

He is also quite experienced and he has played against English opposition in the European games. Allan could make an immediate impact at Goodison Park next season.

Everton need to bring in more quality players if they want to challenge for European football next season.

The Brazilian is in the peak of his career right now and the Toffees must sign players like him who are ready to improve the squad immediately.