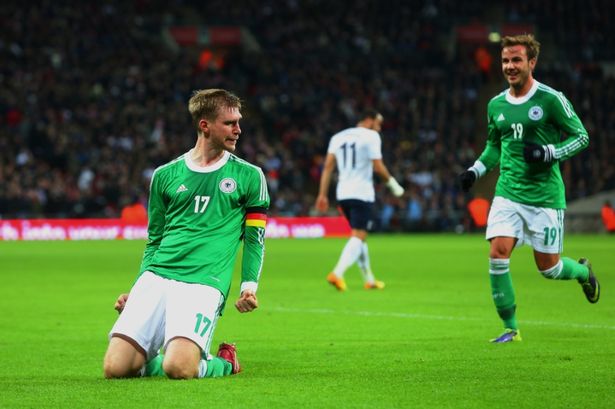 Arsenal defender Per Mertesacker scored the only goal of the game as England succumbed to their second home defeat in the space of a week on Tuesday night, this time to old enemies Germany.

Roy Hodgson and Joachim Low have both experimented with different players in their friendly fixtures of late, with the respective nations looking to find their best squad ahead of next summer’s World Cup.

After the clash at Wembley, here are five things we learned about England and Germany ahead of the World Cup. 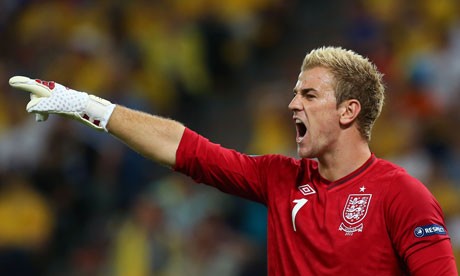 The Manchester City goalkeeper has lost his starting place at the Etihad Stadium, and sat out England’s defeat to Chile on Friday. Reinstated here, Hart put in a competent performance that will have instilled renewed confidence in his club and national managers.

Helpless to stop the winning goal, Hart made a number of other excellent saves to keep his side in the game and the scoreline down.

Despite Fraser Forster impressing at Celtic, Hart looks set to be an important man for the Three Lions in Brazil, and needs to get back to regular action soon.

Despite the sheer multitude of attacking talent at Germany’s disposal, Bayern Munich star Mario Gotze looks set to be a key man for Low’s side in South America.

The immensely talented attacker put in a man-of-the-match performance at Wembley, and will be given the platform to prove himself as one of the world’s best next summer.

The likes of Manchester United and Arsenal missed a trick when not going head-to-head to Bayern for his signature last summer.

Germany must work out where best to play Gotze, with the versatile playmaker able to play anywhere across the forward line.

Good and bad of Townsend 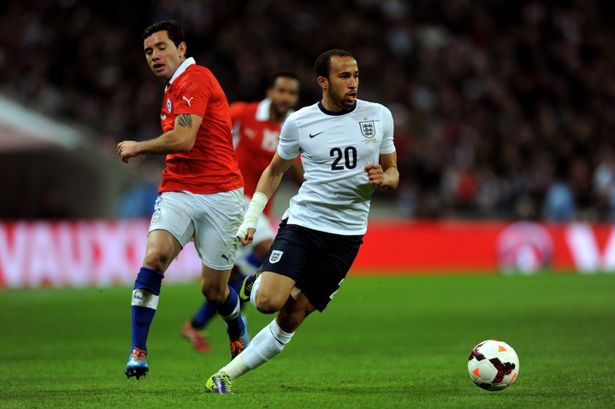 Andros Townsend has shot to fame this term for club and country, with the Tottenham winger showing his best and worst qualities here once more.

The former QPR loanee is certainly able to rip defences apart with his devastating pace and trickery, and displayed a tireless work-rate here once more.

However, for all the exciting play that he has shown this term, Townsend’s distribution and final ball have been consistently average for Spurs.

The wideman has the ability to be a match winner, but also frustrated the England faithful against Germany by coughing up possession too regularly.

Hodgson must get his midfield blend right for England to compete next summer, and he is not short of good players to feature in the centre of the park.

However, with the likes of Lampard, Gerrard, Wilshere and Carrick in contention, Tom Cleverley looks unlikely to command a place in the squad.

The Manchester United man was given an opportunity to impress against Germany, but was outdone by the Bender brothers in the visiting midfield.

With Cleverley struggling to get a game at club level, someone like Jordan Henderson is a much better alternative currently. 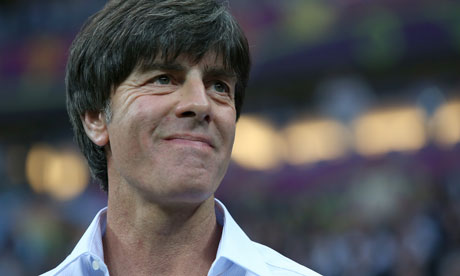 The likes of Spain and Brazil will go into next summer’s tournament as favourites, with others such as Argentina and Portugal possession world-beaters in their sides. However, Germany will take some beating on current form.

Low rested a host of his regulars for the clash against England, and still fielded a side full of superstars.

Germany have arguably the most strength in depth in world football and the moment, with an enviable blend of youth and experience sure to make them a force in Brazil.