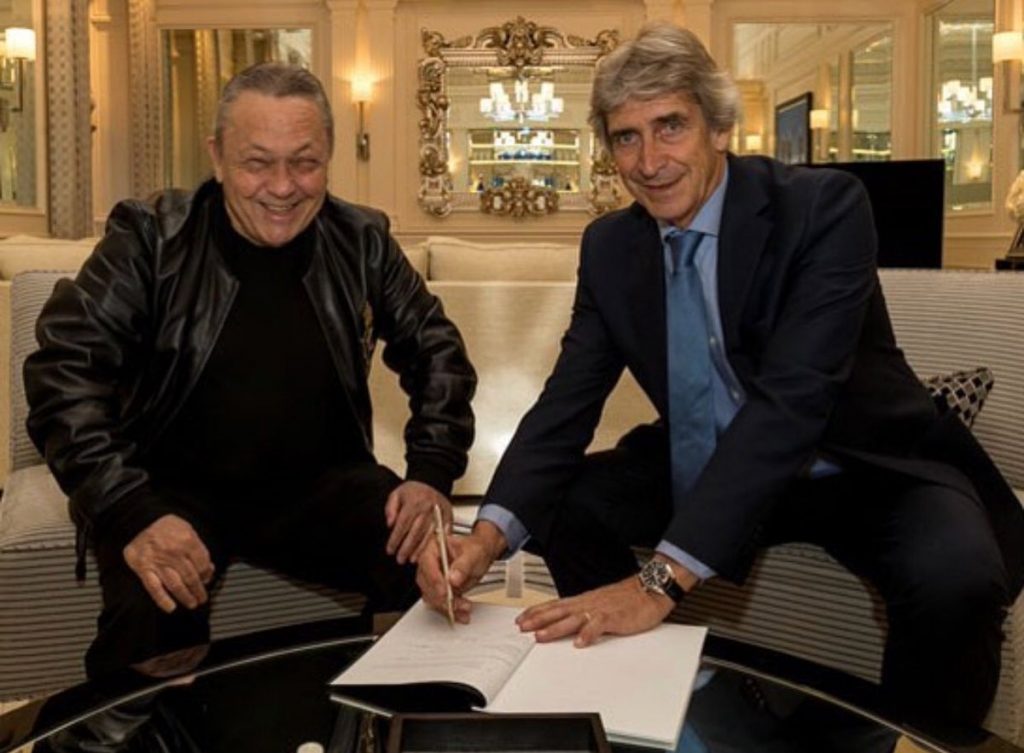 The Chilean replaced David Moyes as the new Hammers boss. David Gold, the West Ham chairman, took to Twitter and expressed his reaction after the news officially broke out.

West Ham United are delighted to confirm the appointment of Manuel Pellegrini as the Club’s new Manager. https://t.co/TSAy90XiWk via @po_st dg

The 64-year-old is a vastly experienced manager who has previously enjoyed spells in charge of Manchester City and Real Madrid.

He left his position at Hebei China Fortune over the weekend to join West Ham.

According to reports from Sky Sports, Pellegrini will become the highest-paid manager in the club’s history. He will receive a figure in the region of £7m a year, although it is still a huge pay cut having earned £16m a year in China.

West Ham fans are ecstatic with his appointment, and they want the board to back their new manager with funds in the transfer window.

Well done Dave. First step give Ginge a ring, apologise and give him a contract and/or testimonial!

Pls now back him with a substantial budget ⚒⚒⚒

David, I just hope you & Mr Sullivan back him with a proper budget, cannot do this with peanuts!

Now the Club has to back him, to sort out the worst Defence of Premier League last season; sort out the Midfield and strengthen the Strikeforce.

I am often critical of the board however, well done a great appointment! Now back him with transfer funds and let him get on with the job without interference.