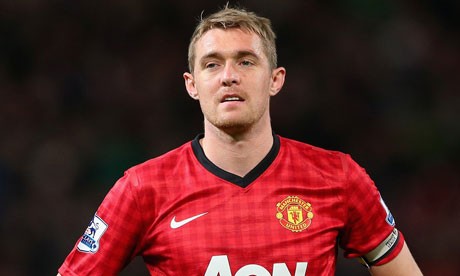 Darren Fletcher has said that he grew up as a Celtic fan, but he would have joined Rangers, as quoted in The Scottish Sun.

The 36-year-old was on the books of the Red Devils from 1995 until 2015 before he moved to West Bromwich Albion.

The midfielder left Stoke City at the end of last season and has not officially retired, as reported by The Daily Record.

Fletcher has said that he grew up as a Celtic fan, but he would have moved to Rangers had he got the chance.

The Scottish Sun quotes Fletcher as saying: “Who do I support? I’ll tell you the truth, I grew up a Celtic fan but I probably spent more time playing with Rangers and loved being around the Rangers youth set up.

“If it came to it, I would say I am a Celtic fan, I am not hiding behind that. That is there to be seen. But at the same time I am not everything against Rangers.”

No Celtic or Rangers move

Fletcher is 36 years of age now, and the former United midfielder is clearly past his prime.

Although Rangers have signed veteran players in recent years, it is hard to see the Gers make an offer to the former Scotland international.

As for Celtic, the Hoops have enough quality midfield players and have no need for Fletcher.

It will be interesting to see if Fletcher gets any offers this summer, as he has been without a club for a year now.

Given the economic problems some clubs are facing at the moment due to the coronavirus pandemic, Fletcher could well get one or two offers from a team in the Championship in England or in the Scottish Premiership.