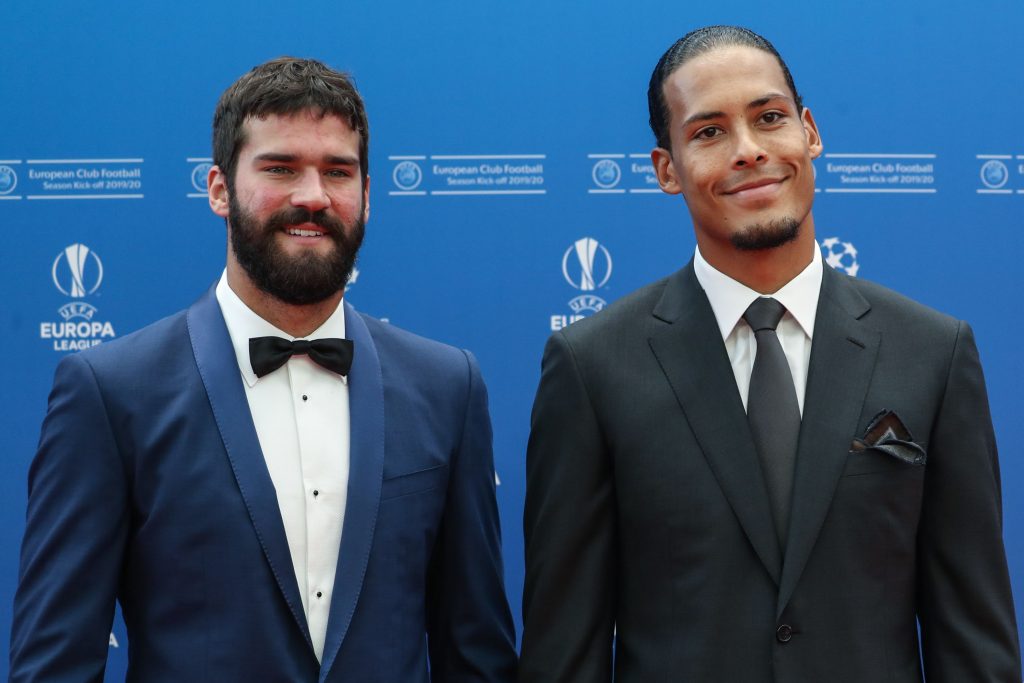 Manchester United legend and Sky Sports pundit Gary Neville believes that Alisson is Liverpool’s most important player for his role in the Reds’ title challenge this term.

Jurgen Klopp’s side are just six points away from clinching their first-ever English Premier League title, and it has taken some quality additions at the back to get them to this point.

Both have helped the Anfield outfit to the Champions League and are huge reasons why the club have ran away with the title this term.

While Neville reckons the Dutch centre-back has been impressive, he believes the Brazilian goalie deserves the Player of the Year award.

“I think Allison has made Liverpool win the league. I think when people talk about Van Dijk being the missing piece I think that there is an element of that. But it’s Allison for me,” Neville told the Mirror.

“Once your goalkeeper is calm, authoritative, saves most shots on his goal and gives confidence to the rest of the team, the impact of that is absolutely incredible. For me Van Dijk is one of the best centre halves I have ever seen live but, if you’re talking about the last two years, what’s been the big change for me in Liverpool is the goalkeeper.

“They won the European Cup and they won the league. I put Van Dijk just behind, but Alisson for me has been the biggest impact at Liverpool.”

However, former Liverpool midfielder Danny Murphy doesn’t agree with Neville, insisting that VVD is their most important player.

“He’s just being Gary. No logical football person (would agree). Of course, Alisson has helped. He’s a wonderful goalkeeper, he’s added confidence, solidity and he’s made great saves,” he said on Monday’s White and Sawyer show on talkSPORT.

“But I look at it very simply and it’s a very simple equation. Could Liverpool win the league with another goalkeeper? Yes. Could you replace Van Dijk and think they can still win the league? They probably would win it … Look they are gonna with it by a lot of points, so it’s probably a bad season to try and compare.

“What I’m saying is if you take Van Dijk out…is not far off being irreplaceable, there is no one like Van Dijk. There are also great goalkeepers so he (Alisson) is important but Van Dijk is the most important.”

"[Van Dijk] is not far off being irreplaceable." 👏

"Could #LFC win the Premier League with another goalkeeper? Yes!" ✅