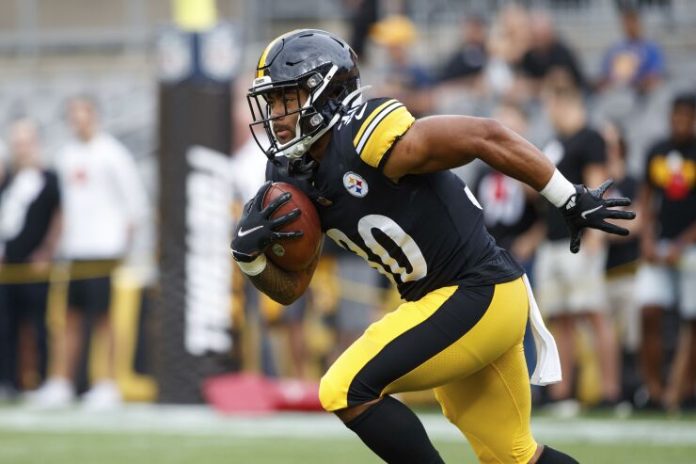 Rookie running backs Rachaad White and Jaylen Warren could overtake their respected backfields in the second half of the season.

Tampa Bay Buccaneers rookie running back Rachaad White was picked in the third round out of Arizona State. White was very productive at Arizona State in his senior season. He rushed for exactly 1000 yards and averaged 5.5 yards a carry. White is also an adept pass catcher, and that’s what quarterback Tom Brady loves to do, check down to the running back.

The Tampa Bay rushing offense is, by far, one of the worst in the NFL. Injuries to the offense line before the season have not helped. Starting running back Leonard Fournette has been lackluster as a runner.

Fournette is averaging a career low 3.3 yards a carry and has only two rushing touchdowns on the season. He also expressed frustration with his role in last week’s game against the Los Angeles Rams. This could bode well for White who is younger and more explosive.

If Tampa Bay keeps winning maybe they will go with the veteran, but due to his performance White might be more involved regardless.

Pittsburgh Steelers rookie running back Jaylen Warren might have a clearer path for more production down the stretch. He went to college at Oklahoma State. He had over 1200 yards rushing averaging 4.8 yards a carry with 11 rushing touchdowns.

Warren was picked up by Pittsburgh as an undrafted free agent and has stepped in to that backup running back role behind Najee Harris.

Even head coach Mike Tomlin has opened the door for Warren to overtake the backfield given his current performance this season. Rightfully so, Warren has been more efficient than Harris all season.

Given the state of the Pittsburgh Steelers season, why not give the rookie more opportunities. Who knows, he may be better than Harris long term.