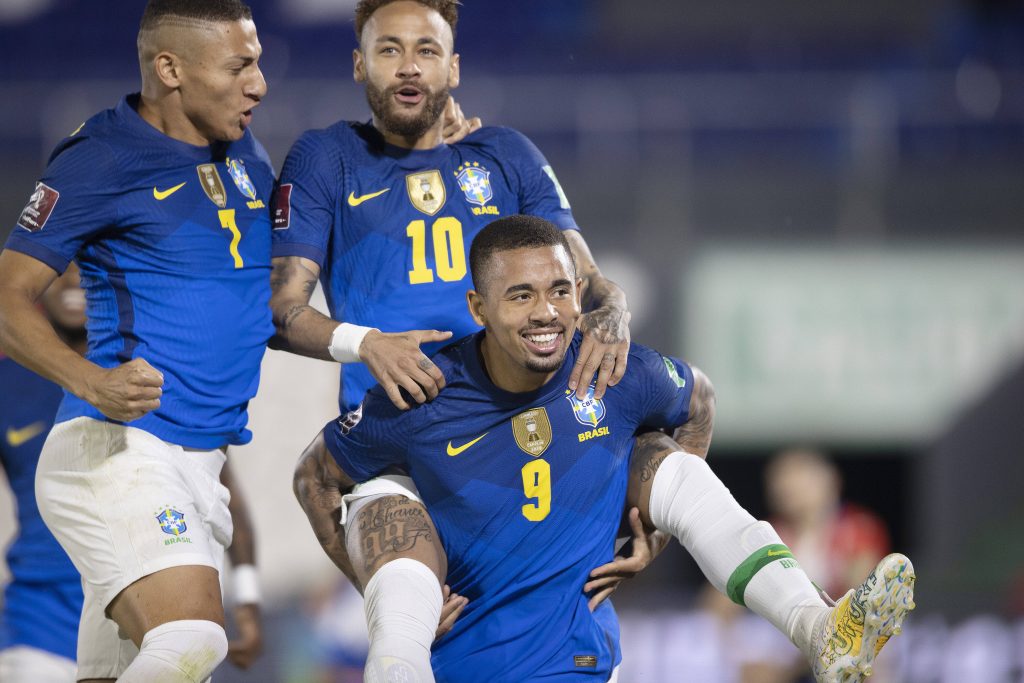 Brazil and Chile will square off against each other at the Estadio Olimpico Nilton Santos on Saturday, with a place in the Copa America 2021 semi-finals on the line.

Brazil are looking to become the first CONMEBOL nation to host and win back-to-back continental tournaments after cruising to the Copa America 2019 title.

Meanwhile, the Chileans finished fourth in the last edition after winning consecutive South American Championships prior.

A surprise 1-1 draw with Ecuador in their final group stage fixture halted Brazil’s perfect record at the Copa America 2021 (W3), marking an end to their nine-game winning streak against continental oppositions.

Also, before Angel Mena’s second-half equaliser last time out, the Selecao had kept a clean sheet beyond half-time in seven consecutive internationals.

Since the start of the Copa America 2019 (also held on Brazilian soil), Tite’s men have not lost any of their 16 home fixtures across all competitions (W14, D2).

Solid first-half performers, the Brazilians have earned a 1-0 half-time lead in four of their last five games against South American opposition, though they have failed to keep a clean sheet in back-to-back such encounters for the first time in five years.

After being handed a rest against Ecuador, Brazil talisman Neymar will return to the fold against Chile, same as Richarlison and Gabriel Jesus.

While Richarlison joined the fray in the final stage of the match, the other two forwards stayed on the bench and are expected to start at the Estadio Olimpico Nilton Santos.

The Paris Saint-Germain superstar has been directly involved in 40% of Brazil’s Copa America goals this summer, scoring two and assisting two.

Meanwhile, the Everton forward has a goal and an assist to his name so far.

Chelsea defender Thiago Silva should return to partner Marquinhos in the heart of Brazil’s defence after surrendering his place against Ecuador to Eder Militao.

Hopeful of securing a place in the fourth consecutive Copa America semi-finals for the first time in their history, Chile will have to improve their poor group stage form to challenge Brazil here.

Except for a narrow 1-0 win over minnows Bolivia on Matchday 2, the Chileans failed to win any of their remaining three Group A fixtures (D2, L1), scoring under 1.5 goals on each occasion.

Yet, before succumbing to a 2-0 loss to Paraguay last time out, Chile had found the net in 11 straight matches beforehand, netting precisely once per game seven times in that stretch.

Low scoring has been a common theme in their recent matches as each of the last six featured under 2.5 total goals, with four yielding the same 1-1 scoreline (W1, D4, L1).

Martin Lasarte will again turn to Eduardo Vargas to lead his team’s charge against mighty Brazilians, with the ex-Queens Park Rangers forward having a hand in all three goals Chile scored in the group stage.

In addition to scoring two and assisting one at the Copa America 2021, Vargas has found the net in three of his five appearances against Brazil.

Chile’s hopes of staging an upset in Rio de Janeiro have received a massive boost as Alexis Sanchez returned to full training in time to take on the Selecao.

The Inter Milan star missed out on the entire group stage campaign with an injury but will be available for a crunch meeting against the reigning Copa America champions.

Brazil have never lost to Chile on home soil, running out 3-0 victors in their most recent H2H encounter four years ago in a World Cup qualifier.

But after racking up eight victories on the spin against this opposition, the Brazilians have won only three of their last six H2H matches (W3, D2, L1) if considered just 90 minutes of play.

Brazil have won each of their three Copa America showdowns against Chile in the 21st century by an aggregate score of 10-1.