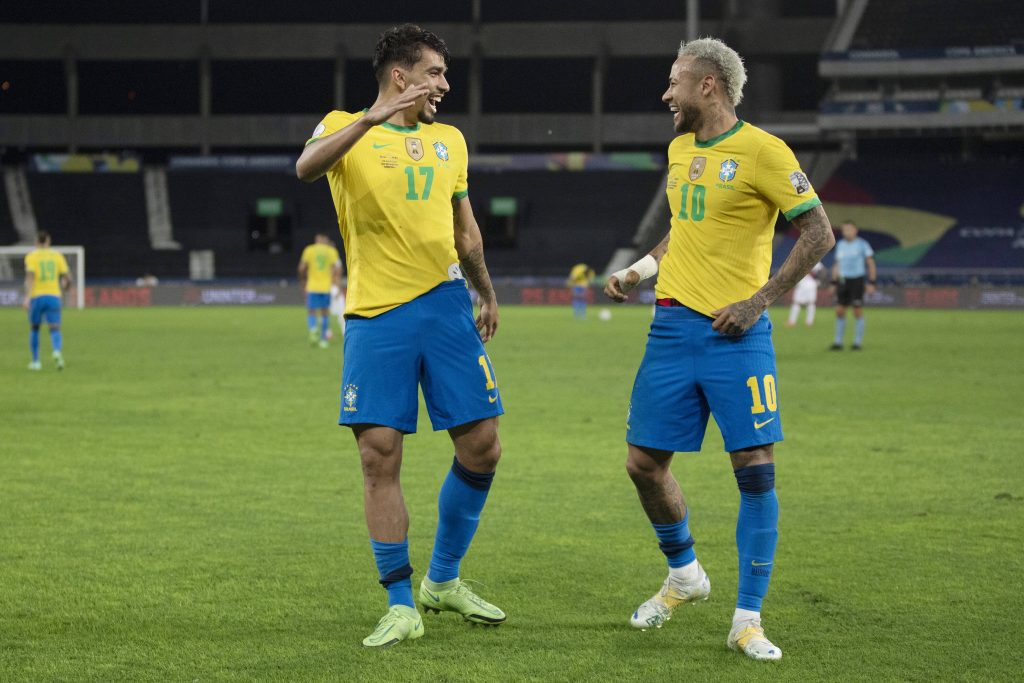 The Copa America 2021 is almost at its end, with just three games remaining.

Last night, hosts Brazil faced up against Peru in Rio de Janeiro, with a place in the final at stake. Here is how the clash went:

This was the second time that the two sides had met in this competition, having been drawn in the same group as each other.

In the previous clash, Brazil came away as 4-0 winners, with goals from Alex Sandro, Neymar, Everton and Richarlison.

This time around, it was a much closer affair, as the holders won 1-0.

The Selecao had the better of the early exchanges, and star man Neymar would have felt very disappointed not to have opened the scoring on two occasions.

He fired wide when teed up by Richarlison and also struck straight at goalkeeper Pedro Gallese from close range from Lucas Paqueta’s cross.

But the Paris Saint-Germain forward made amends for his misses with a wonderful assist in the 35th minute.

Under pressure from three defenders, he danced his way out of a tight space and cut back for Paqueta to slam home for his second of the knockout stage.

After the break, Peru came out fighting for an equaliser. Ederson had to be at his best to deny Gianluca Lapadula, and Raziel Garcia had an effort from long distance roll narrowly wide.

Their best chance of the evening came late on when Alexander Callens beat Ederson to Yoshimar Yotun’s free-kick. All he had to do was hit the target, but he could only divert his header wide.

The full-time whistle went, confirming Brazil’s place in the final for the second successive competition. They will face either Argentina or Colombia at the Maracana Stadium.