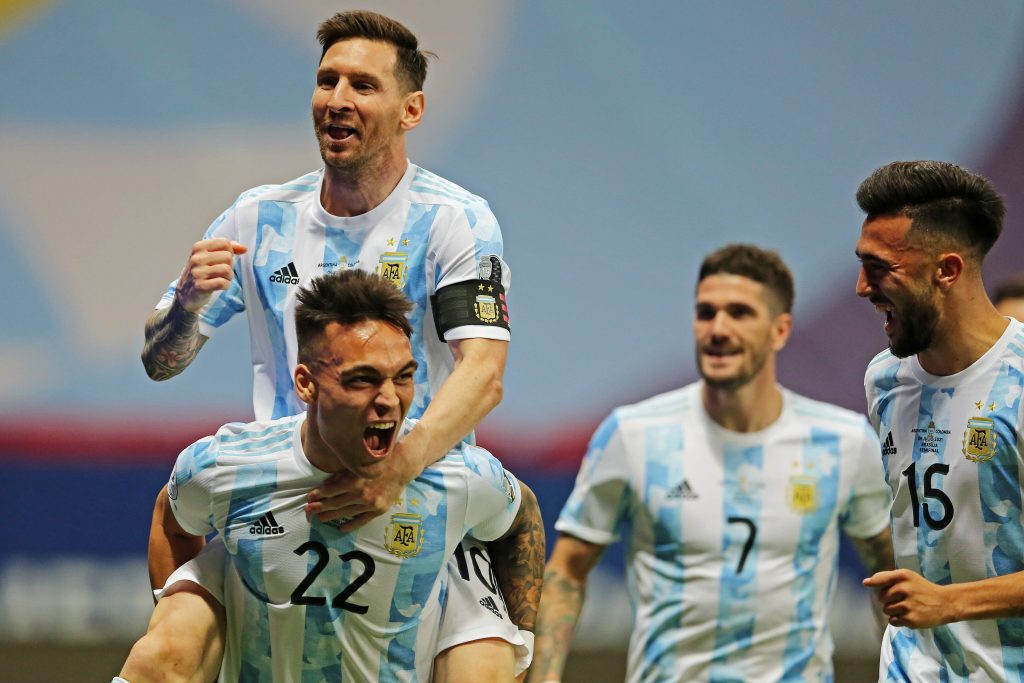 It’s been a fascinating summer of Copa America action, and it’s almost at an end, with just the third-place play-off and the final remaining.

The semi-finals concluded last night, with Argentina and Colombia facing off for a place in the final. Here is how things unfolded.

Colombia had already eliminated one of the favourites in Uruguay in the previous round. They’d have to do it again when they faced Argentina in Brasilia.

La Albiceleste made the perfect start to the game, taking the lead after just seven minutes.

Lionel Messi got into the box and laid off for Lautaro Martinez, who finished into the far corner for his third goal in three games. This took him second in the race for the Golden Boot, one behind Messi.

But Colombia fought back and twice came within inches of getting an equaliser before half time.

Wilmar Barrios saw his deflected shot clip the outside of the post, and Yerry Mina hit the bar with a header from Juan Cuadrado’s corner.

And they managed to draw level on the hour mark. Winger Luis Diaz latched onto a long ball, beat German Pezzella for pace, and placed his effort into the far corner while off balance.

Argentina pushed for a winner but were unable to prevent the game from going to a penalty shootout. Martinez had an attempt cleared off the line, and Messi hit the post.

Nonetheless, Lionel Scaloni’s men managed to progress, and it was largely thanks to the incredible work of Emiliano Martinez in goal.

Argentina will face Brazil in the final on Sunday at the Maracana.