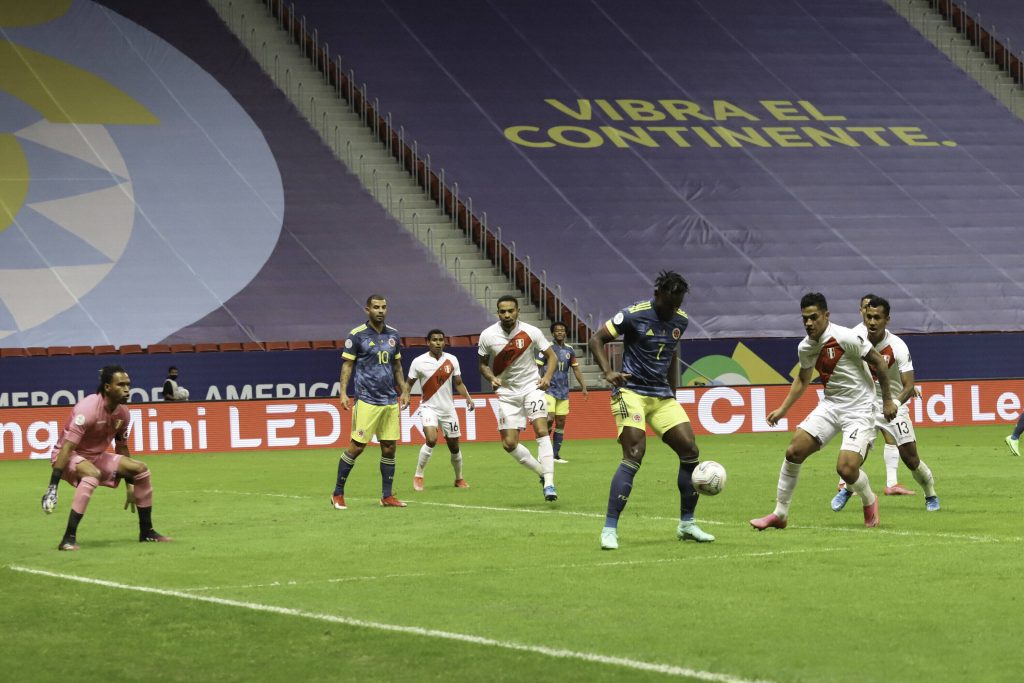 It’s almost time for the Copa America final, with South American giants Brazil and Argentina facing off for the crown.

Before then, there was one slightly smaller match between Colombia and Peru to decide the winners of the bronze medals. Here is how things played out.

Colombia were perhaps a little bit unlucky not to reach the final, having taken Argentina to a penalty shootout in the semi-finals.

Peru were also not far off the final, losing 1-0 to Brazil in the previous round. It was all set up for an exciting 90 minutes.

Peru had the better of the first half and were rewarded just before the break with the opening goal.

Christian Cueva slipped a ball through for Yoshimar Yotun, and the captain finished to put his side in front.

But this lead was dashed early in the second half when Juan Cuadrado bent a free-kick around the wall and in at the near post for his first goal of the tournament.

Replays suggested that the wall could have done better to prevent it.

And Colombia grabbed their second of the game 17 minutes later. Goalkeeper Camilo Vargas launched a long pass for Luis Diaz, who burst through on goal and clinically finished into the bottom corner.

Peru kept fighting and managed to grab themselves an equaliser with ten minutes remaining.

Substitute Raziel Garcia whipped in a corner for Gianluca Lapadula, who planted his header into the back of the net to make it 2-2.

The game appeared to be destined for a penalty shootout until the fourth minute of injury time when Colombia nicked a winner right at the death.

It was Diaz again with a stunning strike, finding the top right corner from 25 yards out.

This was his fourth goal of the tournament, taking him level with Lionel Messi in the Golden Boot race.