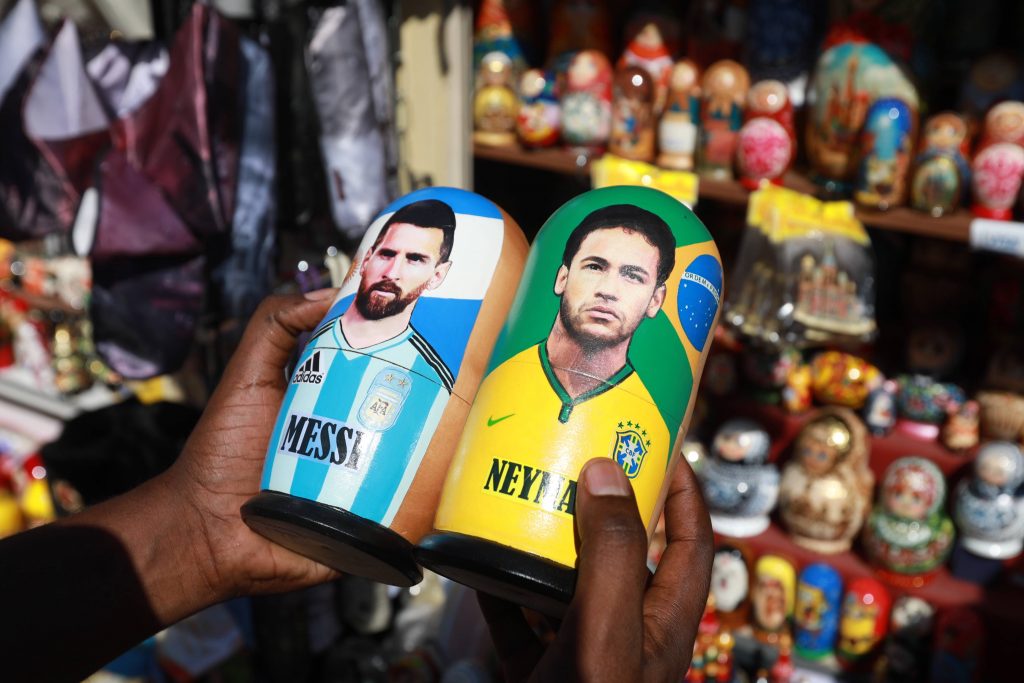 The iconic Estádio do Maracanã in Rio de Janeiro is the venue as arch-rivals Brazil and Argentina battle it out for the Copa America 2021 title on Sunday.

The Brazilians have set their sights on a sixth continental crown in ten Copa America editions, hoping to become the first nation to host and win back-to-back tournaments.

Meanwhile, the Argentineans are desperate to bring an exhausting 28-year title drought, with Lionel Messi aiming to lift his first trophy with the national team.

Argentina needed penalties to overcome Colombia in a keenly-contested semi-final encounter in Brasilia after being held to a 1-1 draw in regulation time.

Aston Villa goalie Emiliano Martinez was crucial to that result and has been an excellent shot-stopper, calming the Argentine defence.

The confidence and bravado shown during the semi-final shoot-out made him an overnight star.

Before surviving a penalty shoot-out against the Colombians, it had been pretty straightforward for La Albieceleste at the Copa America 2021.

Since playing out a 1-1 stalemate with Chile on Matchday 1, Lionel Scaloni’s men racked up four consecutive Copa America victories, prevailing by an aggregate score of 9-1.

Delivering action from the onset, the Argentineans have broken the deadlock within 15 minutes of play in four of their last five Copa America outings, including Lautaro Martinez’s seventh-minute opener against Colombia last time out.

Despite beating Los Cafeteros in a 12-yard duel, Argentina will be keen to claim a win already in the 90 minutes, with three of their previous six Copa America grand final appearances seeing them lose on penalties.

However, with both Emiliano and Lautaro in good form, progress to the penalties would not scare the Argentine faithful as they might have at the start of the tournament.

Six-time Ballon d’Or winner Messi, who has been in stellar form at the tournament so far, is looking to win his first international title with his country.

The 34-year-old leads the Golden Boot race with four goals, but he has been equally impressive setting up his teammates, providing five assists at Copa America.

Martinez’s strike against Colombia has been his third in as many Copa America outings as he is likely to claim a place in the starting XI at the expense of Sergio Aguero.

The Lyon attacking midfielder was also decisive in the quarter-finals, propelling his team past Chile with a 47th-minute half-volley.

Except for a 1-1 draw with Ecuador in their final group stage fixture, the Brazilians have won each of their remaining five Copa America games by an aggregate scoreline of 11-1.

The Selecao have been quite impressive in their recent Copa America grand final appearances, winning four of the last six by a full-time margin of 2+ goals, including a 3-1 victory over Peru in 2019.

Remarkably, Brazil head into proceedings on the back of a 26-game unbeaten streak in Copa America matches held on their soil (W19, D7), a run that lasts 46 years.

Paris Saint-Germain wizard Neymar will be one of Tite’s key figures in Rio, as the ex-Barcelona star seeks his first goal in the Copa America knock-out stages.

Manchester City forward Gabriel Jesus will miss out on the final after receiving a straight red against Chile in the quarter-finals. But considering Paqueta’s growing impact, Jesus’ absence might go unnoticed.

And if it goes to penalties, not only do Brazil have a much better record against their rivals in shootouts, they also have one of the world’s best goalkeepers in Liverpool’s Alisson Becker.

A Premier League and Champions League winner with Liverpool, Alisson is unlikely to be flustered going into another final, penalty shootout or not.

Brazil boast a resounding Copa America record against fierce rivals when playing at home, having won five of their six such encounters without ever losing (D1).

However, an overall head-to-head Copa America record favours the Argentineans, who have prevailed in 15 of their 33 such showdowns (D8, L10).

Interestingly, none of the previous five meetings between these South American juggernauts have ended level, with Brazil winning three and losing two, all of which saw the victor keep a clean sheet.