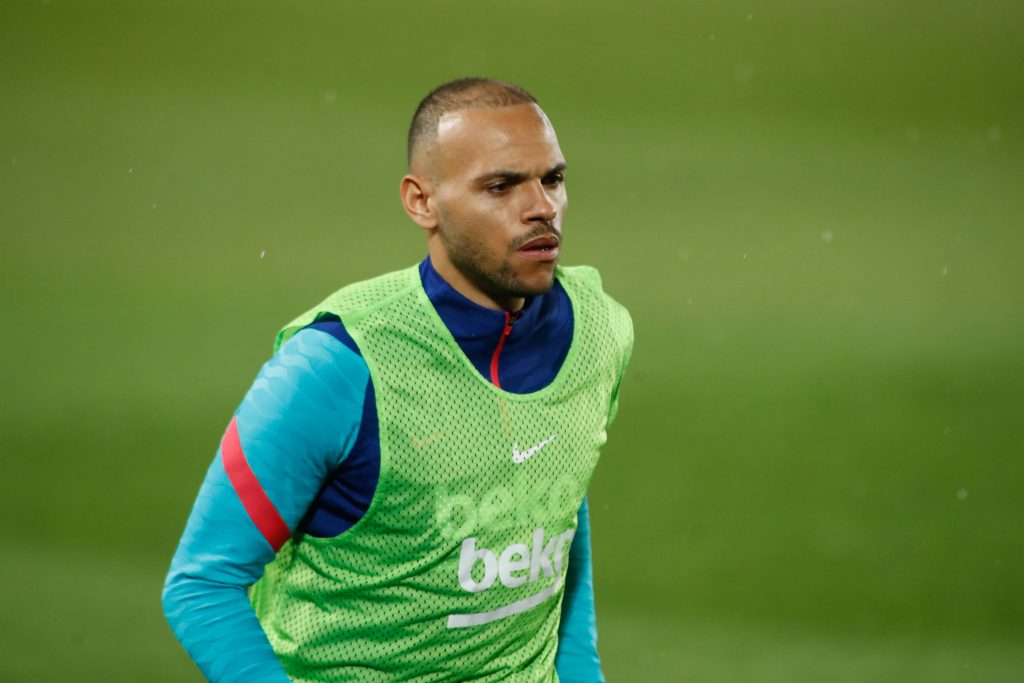 Barcelona are confident that they will sell Martin Braithwaite in the next few days, according to Spanish outlet Sport.

Braithwaite arrived at Barcelona in February 2020 for a €18 million fee from Leganes. The club had to be granted special permission from La Liga to sign him outside of the transfer window, following an injury crisis in forward areas.

The Danish striker has often been a bit-part player at the Camp Nou, making more appearances as a substitute than as a starter. In his 53 outings for La Blaugrana, he has scored eight goals, including a winner in last season’s Copa del Rey semi-final against Sevilla.

With the arrivals of Sergio Aguero and Memphis Depay, the 30-year-old is moving further down the pecking order. As a result, it is looking increasingly likely that he will be sold as Barcelona look to raise funds from somewhere.

According to Sport, the Catalan giants believe they will sell him soon for a €15m fee, with West Ham United, Brighton and Hove Albion, and Norwich City all interested.

West Ham are in need of a new forward. They played the second half of last season with only one recognised striker, and are yet to bring in a new one. Along with the departure of loanee Jesse Lingard, there are concerns that they may not have enough fire power for next season.

Brighton could also do with an addition up front. Last season, only five Premier League sides scored fewer than the Seagulls, and none of their players managed to surpass eight goals.

As for Norwich, they return to the top flight having won the Championship title. Star striker Teemu Pukki will likely be the main man for them again, having bagged 26 last campaign.

However, the back up for the Finland international isn’t as prolific. Jordan Hugill has never scored a Premier League goal, and Adam Idah has just six goals at senior level.