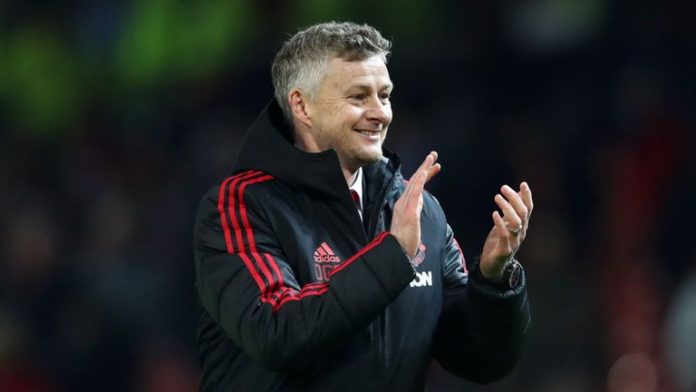 Manchester United suffered their first loss under interim manager Ole Gunnar Solskjaer on Tuesday night, with Paris Saint Germain handling them a 2-0 defeat in the first-leg of their Champions last-16 clash.

The Norwegian helped the Red Devils to 10 wins and a draw across all competitions prior to the game, and that impressive form saw them leapfrog Chelsea and Arsenal to fourth position in the Premier League table.

The PSG loss, however, handed Solskjaer a reality check, and with a FA Cup clash against Chelsea and a league game against Liverpool next, it’ll be interesting to see how United respond.

Former Arsenal manager Arsene Wenger believes there will be a lot of disappointments along the way for the Red Devils interim boss, but how he responds to them will determine if he can become the club’s permanent manager and if he can become successful going forward.

“That’s a decision (making Solskjaer the permanent manager) that should not be based on one result nor on the short period of time that he was successful, but should just be based on the competence level showed on everyday work,” Wenger told beIN SPORTS.

“I’m not able to judge that, but it’s not because you lose a game. Chronical instability doesn’t attract quality people, so you cannot always win… the guy losses one game so get rid of him he’s not good enough, that’s not true, but I agree as well that you see the quality of people on the longer period.

“So he has a good opportunity to show until the end of his regime that he can cope with this kind of pressure. They had a disappointing game against PSG. Many times coaches come to see me (and ask) “what kind of advice you’d give me”, it’s how to survive disappointments, because a career where you win every single game is what everybody can do, but those who survive is the guy who has disappointments, finds the solution and come back with good decisions.”

Arsène #Wenger believes that #Solskjaer is capable of being permanent manager at @ManUtd if he can 'survive the disappointments'. #Football #beINWenger pic.twitter.com/CWv2IaUGXu

After spending 22 years managing Arsenal in the Premier League and 34 years as a manager, the Frenchman definitely knows all about the disappointments managing a club can bring on a regular basis, and Solskjaer needs to prove how he survive them between now and May.

Inspiring United to impressive results and performances in the next two games will be a good way to start, while the return-leg against PSG could also be crucial to his future at the Old Trafford dugout.