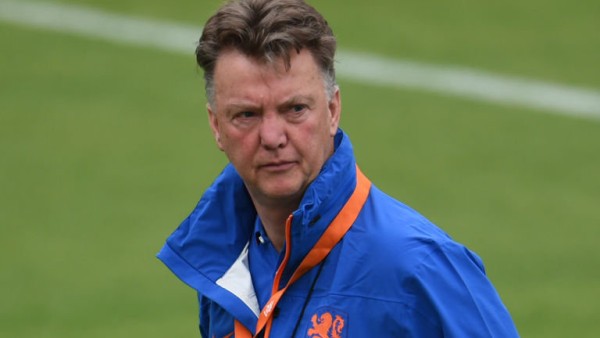 As the World Cup moves into it’s penultimate stages, four of the biggest traditional football powers clash in two mouth-watering semi-final fixtures. While these games will attract viewers from across the globe purely for how monumental the occasion is, many will be eager to see some of the top names in World football go head-to-head. But another attractive factor of these big games is the intriguing tactical battle that takes place, and there’s none more tactically astute among the four coaches than Louis Van Gaal.

Van Gaal hasn’t been shy of making tactical alterations based on the opposition. While all the talk will be about his goalkeeping substitution change that brought Tim Krul on for regular keeper Jasper Cillessen against Costa Rica, Van Gaal has been making bold changes throughout the tournament.

Notably against Mexico, he wasn’t afraid to remove his captain Robin van Persie who was having a poor game, throwing on Klaas Jan Huntelaar who scored the late penalty.

But besides this, Van Gaal’s tactical ability has most been seen in the defensive department. Although he has regular deployed a three-man back line with two wing backs, the personnel used have constantly been rotated.

At the start of the tournament, Ron Vlaar, Bruno Martins Indi & Stefan De Vrij were the obvious choice for the back three with Daley Blind & Daryl Janmaat on either side; but in the last game of the group stage against Chile, he made a bold move. Daley Blind was shifted into the back line, nothing surprising there, while this opened a void at the full-back zone. To the amazement of all, Louis Van Gaal decided to play Dirk Kuyt at left-back, a player who has been accustomed to more attacking roles. The move paid off, as Kuyt who is know for his versatility, put in a decent shift. 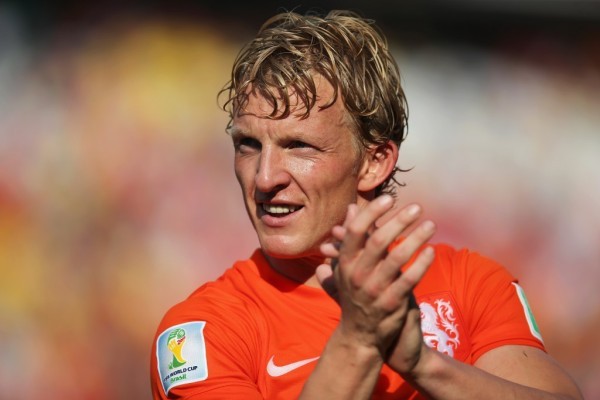 The next game against Mexico saw Van Gaal stick with his back line from the previous game, while Kuyt retained his position too. But realising the threat Mexico posses down the wings, he replaced Darly Janmaat who thus far had played at right-back in all three games, with Paul Verhaegh. Not the most sound decision as the replacement failed to impress and was brought off for attacker Memphis Depay as the Dutch looked to come from a goal behind. Van Gaal had once again tinkered with his back line.

That game against Mexico created another issue for Van Gaal though, as Nigel De Jong went off injured, he was replaced by Bruno Martins Indi. But the positional change saw Daley Blind take up the midfield role. This position wasn’t alien to Blind who has played in there regularly for his club side, Ajax Amsterdam. Having said that, this was Blind’s 3rd different position in the 4 matches that he had played in the World Cup so far. Testament to the players’ versatility and Van Gaal’s tactical approach. Though Blind didn’t make any real errors, it was clear that he didn’t quite fit the system as this article explained.

News came in after the game that De Jong was out for the rest of the World Cup, meaning that Van Gaal now had a real issue to resolve because the defensive midfielder certainly played a key role in the side. Daley Blind was the obvious choice, but if there’s anything we’ve learnt from Van Gaal this World Cup it’s that if it seems obvious, it probably won’t occur.

This statement remained true in Netherlands’ quarter-final clash with Costa Rica. News broke out before the game that Kuyt & Depay would start leaving many puzzled at what Van Gaal’s thinking was. Many suggested the duo would be played at wing-back in a bold attacking approach, leaving Dutch fans anxious and excited. It wasn’t quite the approach that took place, but there were changes. Dirk Kuyt, was shifted to the right side of the team, again in defence. The player who was part of the squad as an attacker was now playing in his second different position at the tournament, both in defence. Daley Blind was moved back to his left-back position, putting Depay up in attack alongside Van Persie & Robben, a front three as opposed to the usual front two.

The more interesting concept of this formation was in midfield. With De Jong out and Blind back at left-back, Van Gaal shifted Wesley Sneijder from an advanced central position to a more deeper role, one which he received wide acclaim for in his Inter Milan days. Van Gaal saw that there was next to no threat from Costa Rica through the centre, and opted to play the creative abilities of Sneijder & Wijnaldum in that position.

Five matches so far, same tactical formation, but contrasting approaches throughout. Louis Van Gaal has taken full advantage of the versatility his players offer, while their performances have shown just how good a coach he really is.

It’s strange when you see a manager changing his defensive system as often as Van Gaal has, because usually it’s the attacking zone that is altered. But Van Gaal, who is set to takeover at Manchester United, has been smart with his decisions in ensuring that the defence is changed based on opposition; he has thus realised the strengths of each opponent rather than being naive enough to rely on the quality of his own side.

What he does against Argentina is anyone’s guess, predict it at your own peril because Van Gaal is one who is bound to surprise.