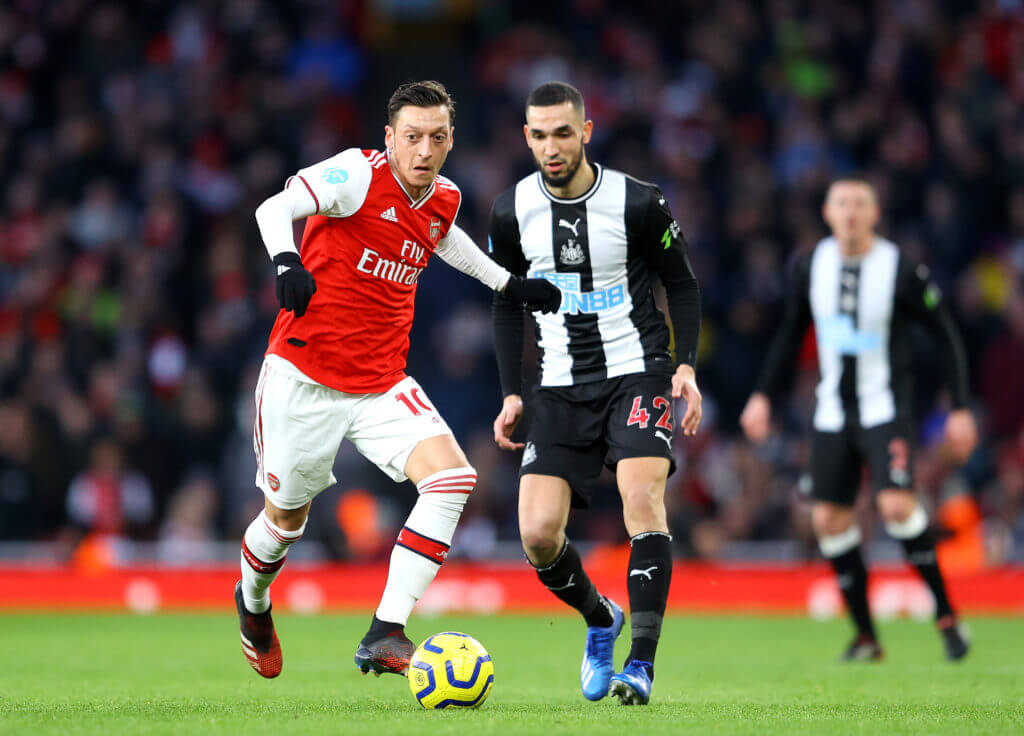 Newcastle crashed to a 4-0 defeat against Arsenal last night.

Goals from Pepe, Aubameyang, Ozil and Lacazette ensured a comfortable win for the Gunners at home.

Steve Bruce will be thoroughly disappointed with his team’s performance at Emirates. Arsenal were favourites to win the game from the start but Newcastle could have put up a better fight.

Newcastle are currently 13th in the table with 31 points. If they want to secure a top-half finish, they will have to work harder and improve in front of the goal.

The Magpies seemed toothless in the final third and it will be interesting to see if Bruce can turn it around in the upcoming weeks.

Midfielder Nabil Bentaleb put in a mediocre performance for his new team yesterday. The 25-year-old January signing was expected to do a lot better but he has been quite underwhelming so far.

The former Spurs player will know that he needs to improve in order to hold down a regular starting berth.

Some of the Newcastle fans have taken to Twitter to share their thoughts on Bentaleb’s performance against Arsenal. Here are a few reactions.

Not sharp enough, too many mistakes, been here long enough to have settled now so maybe just need to accept he ain’t gonna get fit

I hope theirs no obligation to buy.

No better than what we have.

Looks like a tidy footballer whose laziness is leading him into a journeyman footballer. Needs to pull his finger out to avoid his 20/21 loan spell at Transzonspor.