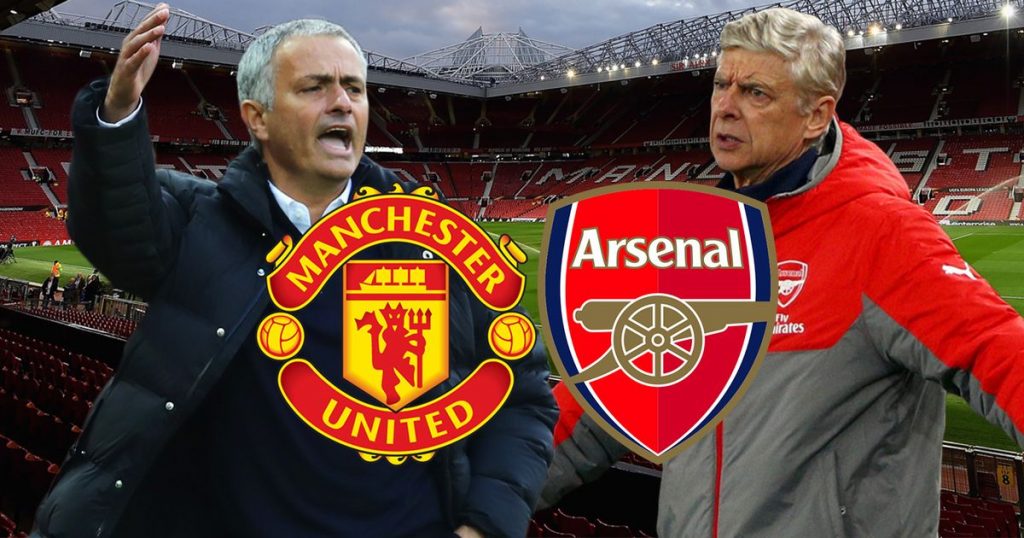 In all fairness, this game lacked any true quality. Manchester United did play better, but still created only a couple of clear cut chances, one of which they scored from Juan Mata. Arsenal were terrible throughout and were extremely lucky to come away with a point after Olivier Giroud’s 89th minute header.

What did we learn about the two sides?

Marcus Rashford started up front and was hoping for a repeat performance of his breakthrough match last season. He announced himself to the world with two splendidly taken goals on his debut in a 3-2 Man Utd win over Arsenal at Old Trafford.

Fast forward nine months, and he is a shadow of that player. The contrast in the two performances against Arsenal is scarcely believable. Rashford barely had a kick in this game, with one blocked shot his best attempt.

Unfortunately, he seems to have lost that “striker’s touch” that marked him out as a potential star last season. It is only four months into the new campaign, and already, he seems to be going backwards under José Mourinho.

It is not Rashford’s fault, as he has been played out of position for the most part, then thrown up front for the first time this season against one of the best teams in the league, and expected to play like he did last season. That is totally unfair on him. 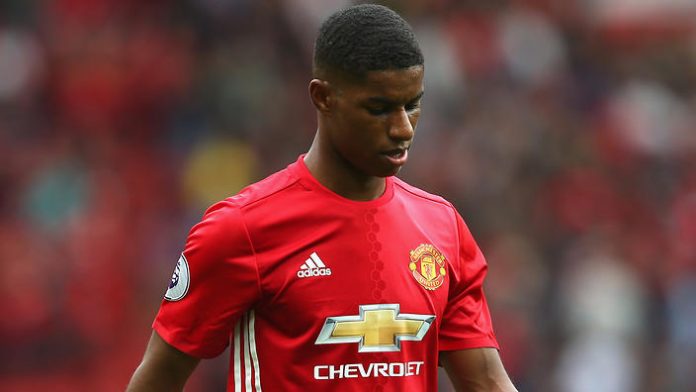 Marcus Rashford is enduring a frustrating spell for Man Utd.

Mourinho should shoulder the blame for Rashford’s lack of development this season. He should have started Rashford up front alongside Zlatan Ibrahimović from the start of the season. We would likely have seen a totally different Rashford, if that was the case.

If Man Utd and Mourinho are not careful, Rashford could become another prodigiously-talented young English player who fails to meet expectations. It would be a great shame.

Another high profile match, another anonymous display by the world’s most expensive ever player. Paul Pogba barely featured in this drab affair. There were a couple of nice tricks, and he created one really good chance for Mata, who had his shot well saved by Petr Cech, but apart from that, he had no real impact on proceedings. 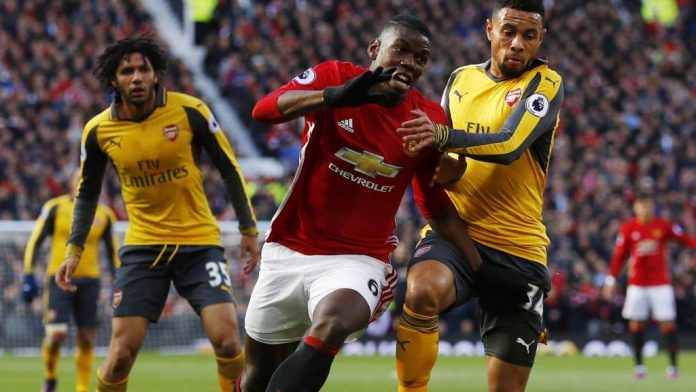 Paul Pogba looking to burst away from Francis Coquelin.

You would expect a player of his ability and price tag to influence, if not dominate, big games. That’s what Man Utd forked out £92m for. Once again, he was outshone by his midfield partners.

Ander Herrera was more aggressive and determined, and played with the type of authority expected of Pogba. Michael Carrick was composed with his passing, and read the game excellently. He was able to limit Arsenal’s attacks through the middle of the pitch, and helped Man Utd dominate the game, especially in the second half.

If you did not know which one of these three midfielders Man Utd paid £92m for, and had to guess, Pogba would certainly not have been picked. That alone highlights his struggles, not only in this game, but this season so far.

Arsenal were simply dreadful, and failed to exert any control during the game. They only managed one shot on target in the whole match which, was Olivier Giroud’s late header.

In the first half, Arsenal had some possession, but their passing had no urgency. As the game wore on, the accuracy went too as Man Utd dominated. Mohammed Elneny and Francis Coquelin did defend well, and pressed Man Utd’s midfielders, but neither has the passing ability to control and influence games.

This match highlighted more than any other how important Santi Cazorla is. He dictates the tempo of Arsenal’s passing game, and is able to feed balls into Mesut Ozil at exactly the right time…something Elneny and Coquelin failed to do once in the whole game. 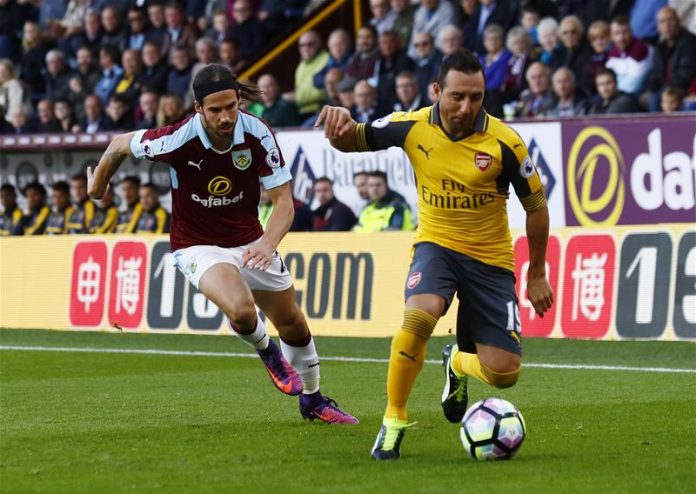 Santi Cazorla playing against Burnley. His absence against Man Utd was noticeable.

If Cazorla had played, there is no doubt Arsenal would have dominated the match because of his passing ability, and with Man Utd’s weak defence, likely won the game. However, he did not play and Arsenal suffered badly.

If Arsenal has any hope of beating the big teams — especially away from home — and winning the league they need Cazorla in midfield. 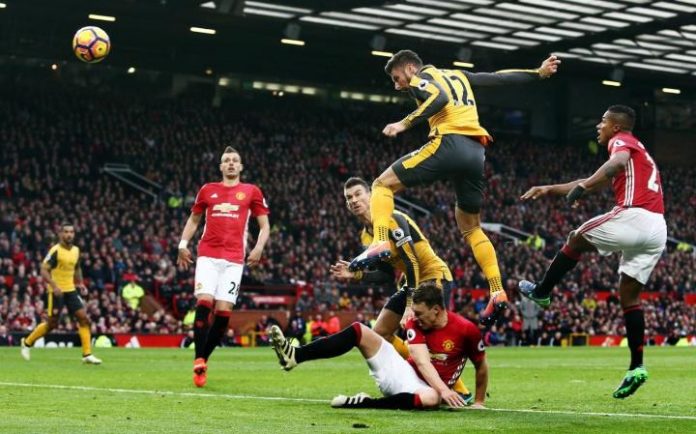 Olivier Giroud proved once again that he is Arsenal’s go-to man off the bench. His celebration showed he does not want to be Arsenal’s super sub, but he is becoming it.

Giroud’s impact of the bench cannot be understated. He has scored ten goals as a substitute, more than any other current Arsenal player. This statistic shows how effective he is when facing tiring defenders late in matches.

Unfortunately for Giroud, despite his goal scoring heroics, he is likely to remain on the bench. It is understandable for Giroud to think that he should start after another important goal off the bench, but very few would argue he should start ahead of Alexis Sánchez.

So Giroud may just have to settle for this role throughout the season. He can become Arsenal’s version of Ole Gunnar Solsjkær or Eden Džeko, coming off the bench to score vital goals at vital times to turn defeats into draws – like in this match – and turn draws into wins, like Sunderland away where he scored two goals after coming off the bench when the game was 1-1.