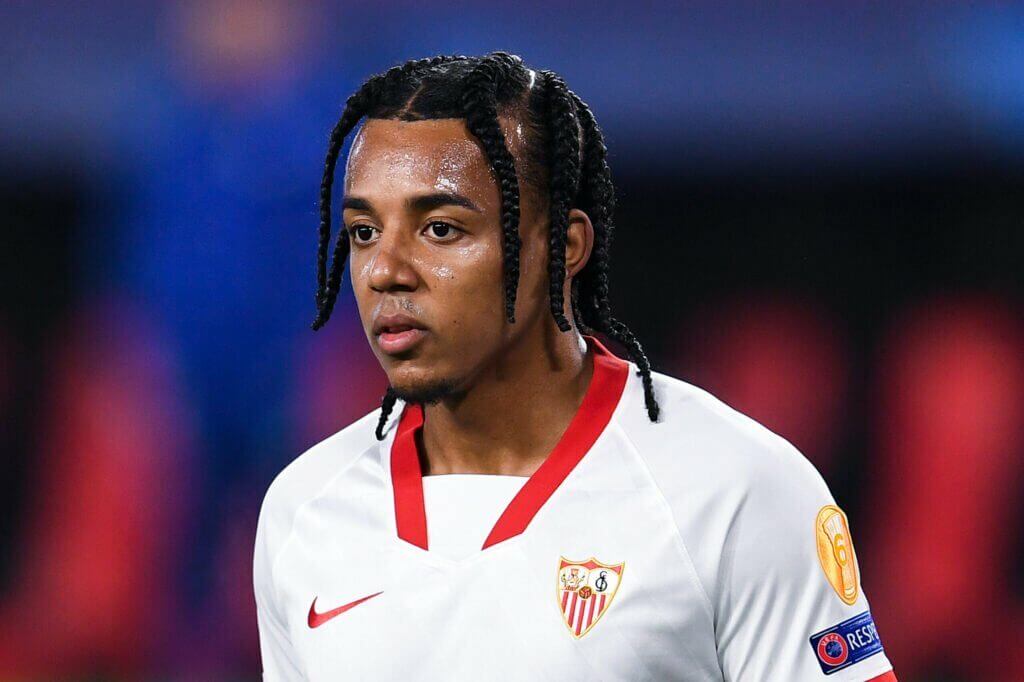 The Frenchman is regarded as one of the best-performing defenders in La Liga, and it is unsurprising that he is attracting plenty of interest.

Manchester United have identified Kounde as a top defensive target, and it is reported that the Blaugrana are also interested in the 22-year-old.

He has an €80 million buy-out clause on his Sevilla contract, but it is claimed that the Andalusian outfit could lower their price tag to €60m.

The France international is very much in demand. Julen Lopetegui’s side reportedly rejected a bid of around €55m from Manchester City last summer.

The Blaugrana recently re-signed Eric Garcia from the Cityzens on a free transfer, and the Spaniard will boost their central defensive options.

However, club president Joan Laporta is eyeing another addition to the ranks, and Kounde has emerged as the first name in the selection order.

It is unlikely that the Blaugrana will meet the price tag with their ongoing financial concerns, and a part-exchange deal could be a solution for them.

They may propose to offer a central defender as a makeweight, but we can rule out Samuel Umtiti considering his injury concerns in recent years.

Clement Lenglet, Ronald Araujo and Oscar Mingueza are probable candidates to be included. The prospect of re-signing Lenglet could tempt Sevilla.

Kounde does not possess the aerial presence at 178cm, but he is very well built physically and won more than three aerial duels per league game last term.

He is also pretty versatile with his knack for making forward runs. He bagged four goals last season, which included a stunning solo effort against the Blaugrana.

Kounde would be a top-class signing for the Catalan giants and could establish himself at the heart of the defence for the next decade.

The valuation remains the stumbling block for the Blaugrana. It remains to be seen whether they can convince Sevilla with a player-plus-cash deal.